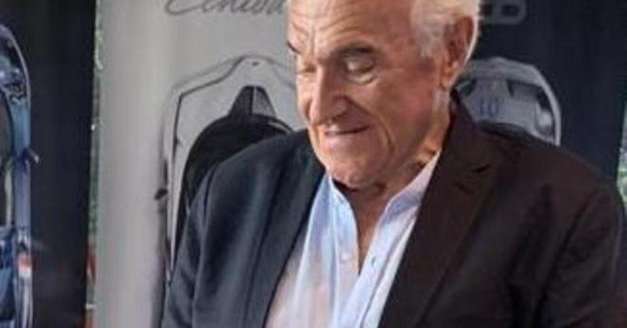 BOLZANO. There are pages in the Italian history of the automobile, between the post-war period and the years we are living, which have not been fully explored and which are even little known, despite having had a significant impact not only on the diffusion of motorization in our country but also on the success of companies (including the direct branches of the Manufacturers) which – intervened at a later time – have built their development on the foundations laid by others.

This is the case with moltand foreign brands, arrived in the boot in a period in which the national product dominated the market and even resorted to the creation of an institution – Unrae, a national union representing foreign motor vehicles – to support the knowledge and dissemination of non-Italian manufacturers.

Incidentally, Unrae was established on November 24, 1950, by 10 business partners in the automotive sector, at a time when foreign cars that had been registered in Italy totaled 124 units, equal to a 0.16% market share.

We are still in the early 1950s, exactly in 1952, and the 1000Miglia Garage is born in Bolzano, which, connecting to the most famous of road races, aims to attract not only car enthusiasts from the area, but also the first tourists who face the Brenner to go down to Italy from Austria, Germany and the rest of Europe.

It is a garage, a refueling station and soon it also becomes an Alfa Romeo dealership. To create the 1000 Miglia Garage – exactly 70 years ago – is Giancarlo Artioli, son of Alcide, a landowner and cattle dealer born in the province of Mantua.

The Artioli arrived in Bolzano, as often happened in the first half of the last century, to follow the work projects and – during the conflict – to escape the bombings.

So Alcide Artioli, his wife Olga Cuccurullo, and their five children (Giancarlo the eldest, Liana, Romano, Gabriella and Roberto) are in Bolzano at the beginning of the 1950s, where the head of the family manages his business activity between Austria and Switzerland.

The car becomes more and more important in the life of Italians and travelers who, passing through Bolzano, find assistance at the 1000Miglia Garage.

“The work continued successfully – he says Serenella Artioli, Giancarlo’s daughter – and at the end of my military service my uncle Romano also joined the company that had become in the meantime Alfa Romeo dealership“.

On this basis, a new dealership is also born in Bolzano Vauxhall GM which, in the 1980s, will climb the top of the organization of the US Group in Italy in terms of turnover.

“Giancarlo together with his younger brother Romano – remembers Serenella Artioli – in 1978 he founded a new company, theAutexpo ‘Spa which begins by distributing in Italy the Midas and GMC brands that come from the United States and were part of the great GM galaxy “.

For the Artioli, however, it is time to expand and in 1980 with the help of the Bassano-Miyakawa family (who imports Suzuki motorcycles through the Turin-based company Baico) obtains the distribution of cars and especially of small Suzuki off-road vehicle for Italy. Autexpo ‘of Ora takes care of it, thus expanding its range of action to Gmc, Midas, Suzuki, Suzuki-Santana and Maruti.

In 1985 the family group obtained the distribution for the triveneto of Ferrari Cars and subsequently for southern Germany.

Autexpo ‘Gmbh was inaugurated in 1986 in Filderstadt and in a few years that market became the most important in the world for the Prancing Horse after the American one.

To the successes in sales are added the entrepreneurial ones: the Berman San Benedetto Po ‘factory (Mantua), specialized in the production of original equipment auto components, is added to the Fisico family holding – a company that, following the untimely death of Giancarlo due to the sudden outbreak of a rubber on the highway in November 1987 will be sold to his brother Roberto – and Subaru Italia which imports and distributes Japanese cars of the Fuji Heavy Industries brand.

“In 1987 it was also purchased at the suggestion of my uncle Romano – says Serenella Artioli – through Autexpo ‘Gmbh the Bugatti brand. At the death of my father this will be used by Romano to undertake with the help of Paolo Stanzani, the engineer who created successful sports cars such as Lamborghini’s Countach, a series of initiatives aimed at building Bugatti Automobili “.

The company was founded in 1990 in Campogalliano (Mo) and is remembered for the iconic super sports cars EB 110 and EB 110 Super Sport.

And it was Giancarlo’s daughter, Serenella Artioli, who founded the Kia Motors Italia based in Ala. The company will then be structured with the help of the lawyer Dionigi De Feo expert in capital research advisory who starting from the first half of the 90s will deal with the import and official distribution of Korean cars providing it with an autonomous network of 80 dealerships and with the first generation of the Sportage it will start another success story. (HANDLE). Y26-PET

towards Cdm on Thursday, anti-price increases and refreshments on the table...

Guterres: It’s “shameful” for the unfair distribution of the global new...

Snow and bad weather in the USA, 80 million on weather...

Busto Arsizio, unvaccinated employees isolated in storage: “They must be reinstated”

After the RRR cut, “cut interest rates”, the first bowl of “spicy noodles” in the new year is coming

During the Spring Festival, some airports and railway stations can test nucleic acid for 24 hours – Teller Report

Guterres: It’s “shameful” for the unfair distribution of the global new crown vaccine

Xinhua Media + | How is the economy stable? How to tap the potential? How to secure employment? ——Ning Jizhe, Director of the National...