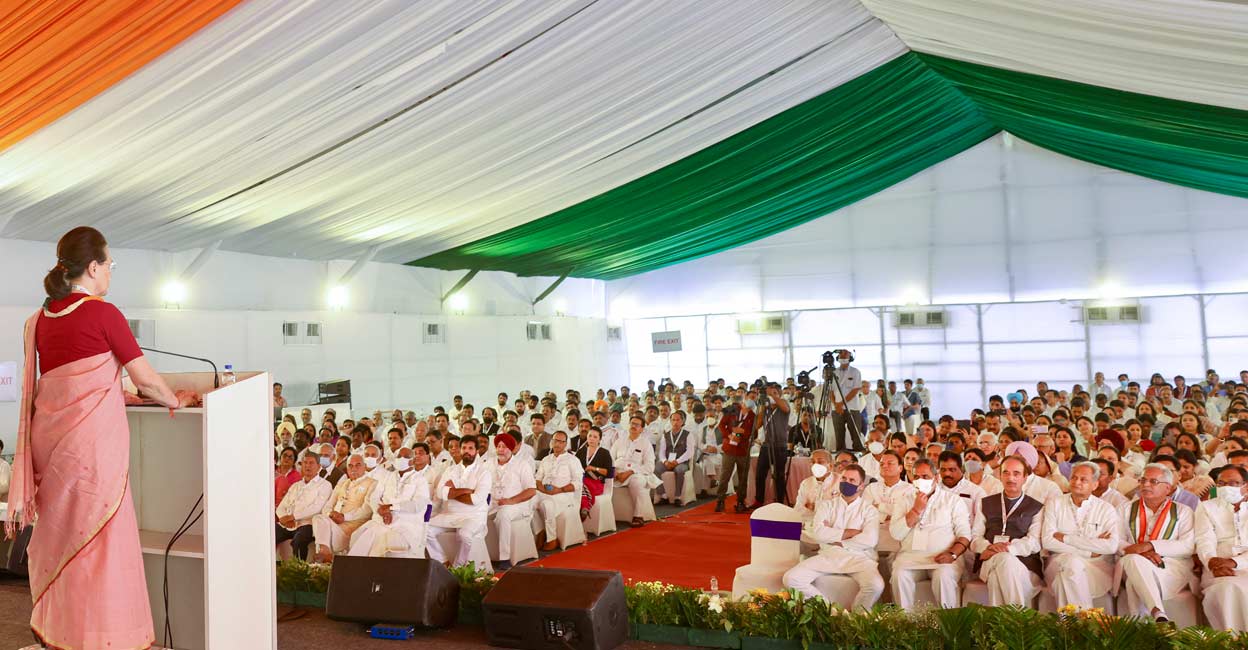 Udaipur: Congress leaders attending Chintan Shivir or its brainstorming meeting are focusing on the need to take urgent steps like opening up better communication links with people, curbing communal polarization and strengthening the party at the local level to suit the changing times. Huh. Level so that the party can return to electoral politics.

But ultimately, what worries Congress leaders the most is how to get the aura of nationalism back from the BJP, which was identified with the Congress since the time of the freedom struggle.

This disillusionment was clearly visible in the words of senior leader Malikarjun Kharge on the sidelines of the Chintan Shivir here.

We led the freedom struggle. We started Quit India Movement and faced British repression. But those who did nothing then are now questioning the Congress’s credibility in its commitment to national values ​​and preaching to us about nationalism.

Congress President Sonia Gandhi said that attempts are being made to distort history by defaming great Congress stalwarts like Jawaharlal Nehru.

Congress leaders see the alleged communal polarization led by the BJP as something that is against the entire country. But they are upset that the Congress is alone in defending its case when its nationalist credentials are questioned.

confusion about counterattack
Though the party is well aware of the areas where it has gone wrong over the years, there is still confusion about how to fix it. The Congress leadership has now understood that the party should use social media more effectively.

The plight of the party is that at times it is not able to run such campaigns which it thinks right, the problem is that it does not have a proper counter plan to oppose the campaign of BJP.

The Congress claims to engage more with the media and the public, but in reality, more people are drawn to the BJP’s narrative on key issues than Congress’ campaigns.

demand for change at the intellectual level
The issue is how the Congress is planning to change its intellectual orientation. The party believes that every issue related to practical politics can be resolved through organizational restructuring. But this is not the case when the party is intellectually bogged down on issues like nationalism.

The Congress party’s narrative on nationalism is being strongly questioned. To address this challenge, there are suggestions for setting up a new intellectual team for the party to formulate policy on key national issues.

If Gujaratis are electing a party for 30 years, they must...

What happened on 26 May in history today that year

Weather condition in Meerut and NCR today | Meerut Weather Update: Cyclone put a break on temperature, know how the weather will be...