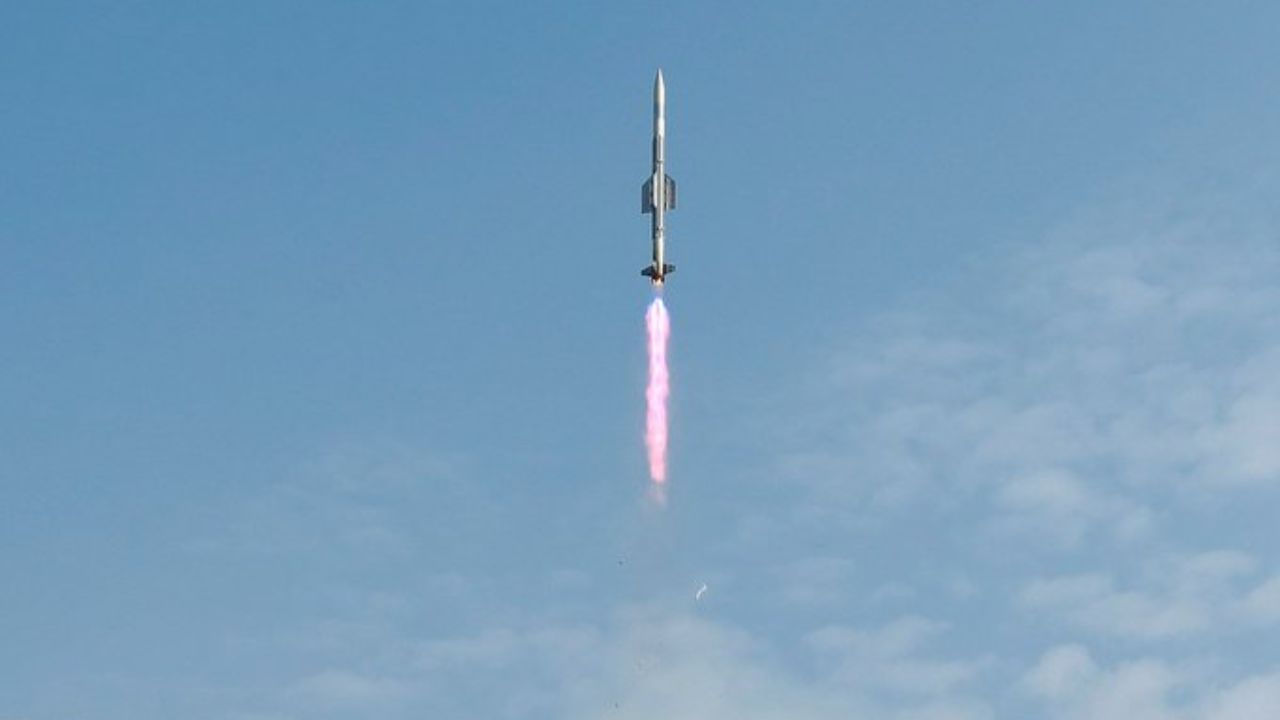 The Defense Research and Development Organization (DRDO) and the Indian Navy on Friday successfully test-fired the VL-SRSAM missile (Vertical Launch Short Range Surface to Air Missile). This launch (VL-SRSAM Missile Testing) Odisha from Indian Naval Ship (Odisha) has been done on the banks of Chandipur. DRDO officials have given this information. VL-SRSAM is a ship-propelled weapon system, which can neutralize maritime threats as well as aerial threats. With the help of this missile, the enemy can be destroyed in the sea.

Apart from this, it can also target air threats at close ranges. DRDO officials say that today’s launch of this system was done to target a high-speed simulated air target. Which it has succeeded in targeting. Officials further said that the flight path of the vehicle has been monitored keeping in mind the health parameters using multiple tracking devices deployed at ITR, Chandipur. The monitoring of this launch has been done by senior officers of DRDO and Indian Navy.

About nine days ago it was reported that India has successfully test-fired the short-range ballistic missile Prithvi-2 from an Integrated Test Center in Odisha. This missile is also capable of carrying nuclear weapons. According to the Defense Ministry, the Prithvi-2 missile was test-fired on June 15 at around 7.30 pm. The ministry said that the missile has met all the prescribed operational and technical standards during the test.

In a statement, the Defense Ministry said, “The short-range ballistic missile Prithvi-2 has been successfully test-fired on June 15 at around 7.30 pm from an Integrated Test Center at Chandipur, Odisha.” According to the ministry, the Prithvi-II missile system is considered extremely successful and is capable of hitting the target with a very high degree of accuracy. The missile was test-fired as part of a routine training programme.


Giving information about the missile launched under the training program, DRDO said, ‘Prithvi-2 missile was successfully test fired and the test met all the parameters. The missile has successfully met operational and all stipulated technical parameters. The surface-to-surface Prithvi-II missile has a range of up to 350 km. The Prithvi-II missile is capable of carrying warheads of 500 to 1,000 kg and is powered by two liquid propulsion engines. Officials said that this state-of-the-art missile uses an advanced inertial guidance system to hit its target.