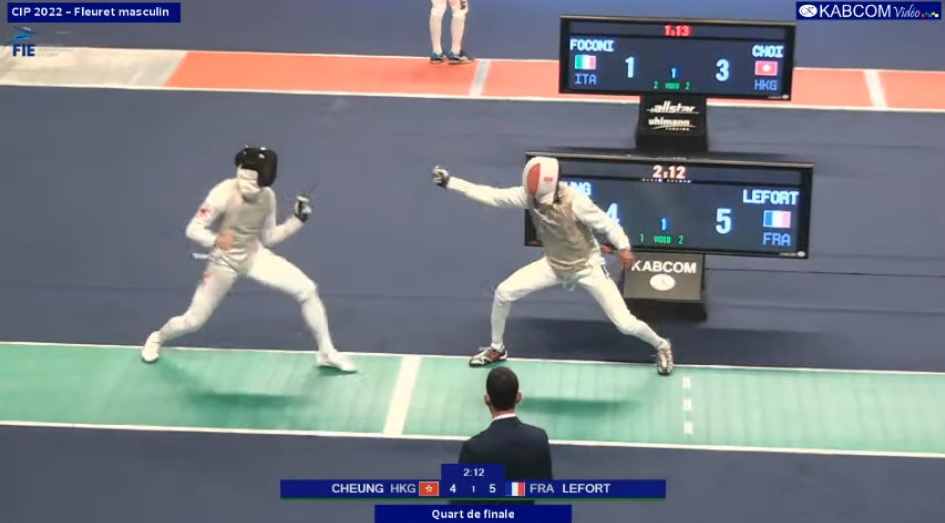 Cai Junyan, ranked 11th in the world, defeated the Italian team swordsman 15:11 in the round of 16, and advanced to the top 8. He met the world’s first brother and another Italian team swordsman, Hogoni. He was given a red card for two fouls, and was forced into a decisive battle by his opponent. In the end, he was unable to withstand the pressure and hated at 14:15, failing to make his first World Cup top 4.

Zhang Jialang beat South Korea’s Kim Dong-soo 15-5 in the round of 16, and then defeated England’s swordsman 15-9 to reach the quarter-finals, taking the fierce fight against Hogony to the final. The last time Zhang Jialang entered the top four was in 2017. If he advances at this station, he will write his personal best in this tournament.

Other reports: Premier League ︱ Dibney set the stage for “one brother” Manchester City to lead by 13 points

Other reports: Rowing｜Hong Kong team competes in the virtual Asian race under the new normal, after Chen Zhifeng broke the Asian record and won the title of King Huang Xiangyi

The first cloud exhibition hall in the history of the Olympic...

“Together to the Future” sang in many countries and set off...

The preparations for the Beijing Winter Olympics are progressing in an...

‘Where is Peng Shuai?’ shirts welcome at Australian Open

Chongli, the “Winter Olympic Town”, was once a “county”?

Australian Open to allow ‘Where is Peng Shuai?’ shirts after backlash

Super full science!Understand the 15 events of the Beijing Winter Olympics...

One picture to understand | The key events of the Beijing...

Tonga is actually not far from us (Text: Ouyang Wu)

Institutional management must be reformed to end the abuse of children...