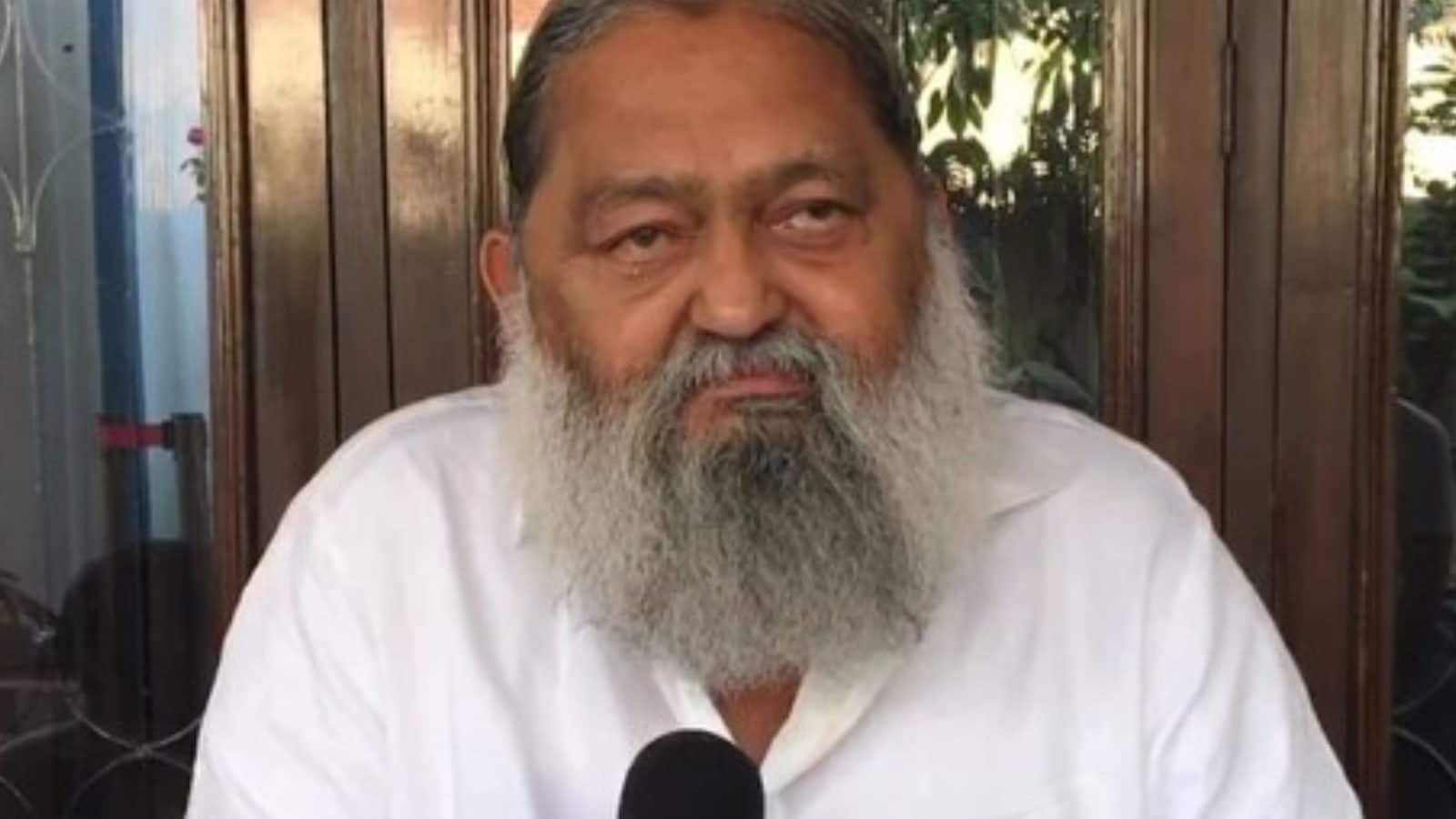 Taking a jibe at the Congress’ protest in black clothes against inflation and unemployment, Haryana Home Minister Anil Vij on Saturday sang the tunes of the hit song ‘Laga Chunari Mein Daag’ and added lyrics to the Congress’s “real pain”. improved. Reasons to hide from ED probe

Singing the popular tune from the film Dil Hi To Hai (1963), Vij accused the Congress of launching a black protest on Friday to evade the Enforcement Directorate (ED) probe against its top leaders in the National Herald case. “Laga chunari mein daag chupaun kaise (how do I hide the stain on my veil) bacha baaan kaise (how do I escape)? This is the real pain and that is why they resort to Satyagraha to put pressure on the ED. The satyagraha undertaken by Mahatma Gandhi was never for theft and cheating,” he told ANI news agency.

He further said that Congress leaders were earlier known for wearing white clothes but now they have turned black due to their evil deeds. “Due to their black deeds (evil deeds), their clothes have turned black. Wearing these black clothes, they are protesting the rights of the people to pressurize the ED.

Wearing black clothes, Congress leaders protested against inflation and unemployment on Friday. After a standoff outside Parliament and AICC headquarters in New Delhi, over 60 Congress MPs, including Rahul Gandhi and Priyanka Gandhi Vadra, were released by police after being detained for nearly six hours.

Vij claimed that there is no need to fear if the party feels that he has not done anything wrong. He said, ‘If they are telling the truth then why are they scared? You contact ED and let me know. If something is found wrong and it will be proved. If you have faith and belief in the democracy of the country…’

He also accused Congress leader Rahul Gandhi of launching a protest to withdraw the ED’s notice. “But I think Rahul Gandhi wants to create such a democracy that if ED notice is given then ED notice will be withdrawn by starting protest and wearing black clothes.”

The Congress’s decision to wear black during its nationwide protest against price hike, increase in GST on essential items and unemployment has prompted several opposition leaders, including Union Home Minister Amit Shah, to link the party’s “appeasement” politics. Shah also said that Friday’s protest also expressed Congress’ opposition to the foundation stone of Ram temple laid by Prime Minister Narendra Modi, which was organized on the same day in 2020.

“The Congress is expressing its protest over the construction of the temple and the ED action and the issue of price hike are only excuses,” Shah claimed. He also said that since the opposition party could not openly oppose the temple, it has tried to give a “hidden message”.

However, Congress deputy leader in Lok Sabha Gaurav Gogoi, explaining the reason behind the party’s decision to wear black during the protest, told PTI, “During the debate on inflation in Parliament, BJP members said they cannot see inflation, So today by wearing black we are expressing the anger of our people, we are expressing that they (government) are opening their eyes to the reality of India today.

Congress spokesperson Shama Mohammad said the aim was to send a message of protest. “It is a dark day because Rahul ji said there is no democracy, democracy is dead in India. They are not hearing anything about inflation, so we are protesting.

3 police personnel of Gadchiroli got Shaurya Chakra, 41 others got...

Train to Pakistan and 75 years of independence of India and...

PM Modi to address India on 75 years of Independence amid...

Check Petrol, Diesel Prices on August 15 at Various Locations in...

PM Modi to address the nation on 76th Independence Day; ...

savarkar and indian independence movement – Amrit Mahotsav: An attempt to cover up the sins of ancestors through tricolor love

RSS role in Indian independence – Amrit Mahotsav: Sangh was working on the agenda of the British in the freedom movement