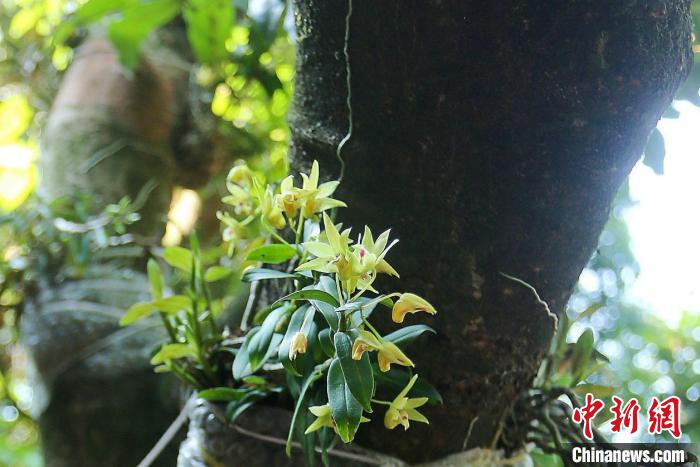 The cool climate under the lychee tree in Zengcheng has created good growth conditions for Dendrobium officinale. Photo courtesy of the Propaganda Department of Zengcheng District Committee

In the lychee forest of Guangdong Prince Forest Park, located in Zengjiang Street, Zengcheng District, teachers and students of Guangzhou Huali Vocational College of Science and Technology held scissors in their right hands and bags in their left hands to pick Dendrobium officinale on the trunk of lychees. After a while, the bags were filled with stems. Dendrobium candidum with green, stout, uniform size. 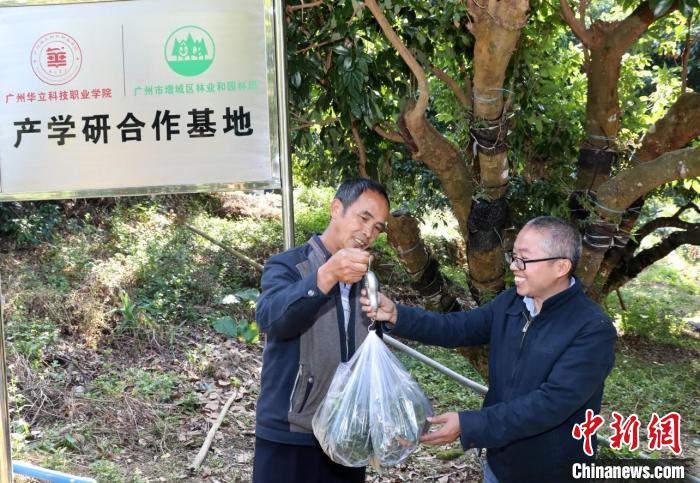 This is a demonstration and promotion project of Dendrobium officinale planting carried out by Guangzhou Zengcheng District Forestry and Landscape Bureau and Guangzhou Huali Vocational College of Science and Technology to promote the development of three-dimensional forestry. According to reports, Li Xianglin, a professor at Guangzhou Huali Vocational College of Science and Technology, and his team used the ecological three-dimensional planting technology to cultivate Dendrobium officinale on the branches of the lychee tree with the natural growth of the orchard lychee tree as the carrier. The team planted about 4,500 clumps of Dendrobium officinale on 110 lychee trees in Zengcheng in 2020. They are growing well and are now entering the picking stage.

The “Lychee + Dendrobium candidum” three-dimensional forestry development model is not only demonstrated and promoted in Zengcheng District to promote the healthy development of the lychee industry, but also out of Zengcheng and extended to other areas of Guangdong, providing new growth impetus for the Lingnan rural revitalization strategy. “Our project has been recommended by the Guangdong Provincial Department of Science and Technology to the rural revitalization activity of ‘Zhuzhen Bangcun’ in Shanwei City,” said Li Xianglin.

Li Xianglin said that the large-scale development of the Dendrobium candidum epiphytic lychee tree ecological planting project can make the beautiful Dendrobium flowers bloom all over the Lingnan area, so that Guangdong lychee fruit farmers can obtain greater benefits and contribute to rural revitalization. (Finish)

Hainan’s two sessions “played” the “carbon tune” of the construction of...

Hundreds of thousands of people are looting!Moutai 1935 was hotly hyped,...

Changchun High-tech: The impact and degree of impact of centralized drug...

The actual use of foreign capital in Shanghai bucked the trend...

US stocks S&P will fall 45%?He, who has accurately predicted bulls...

Technology-based SMEs have a bright future