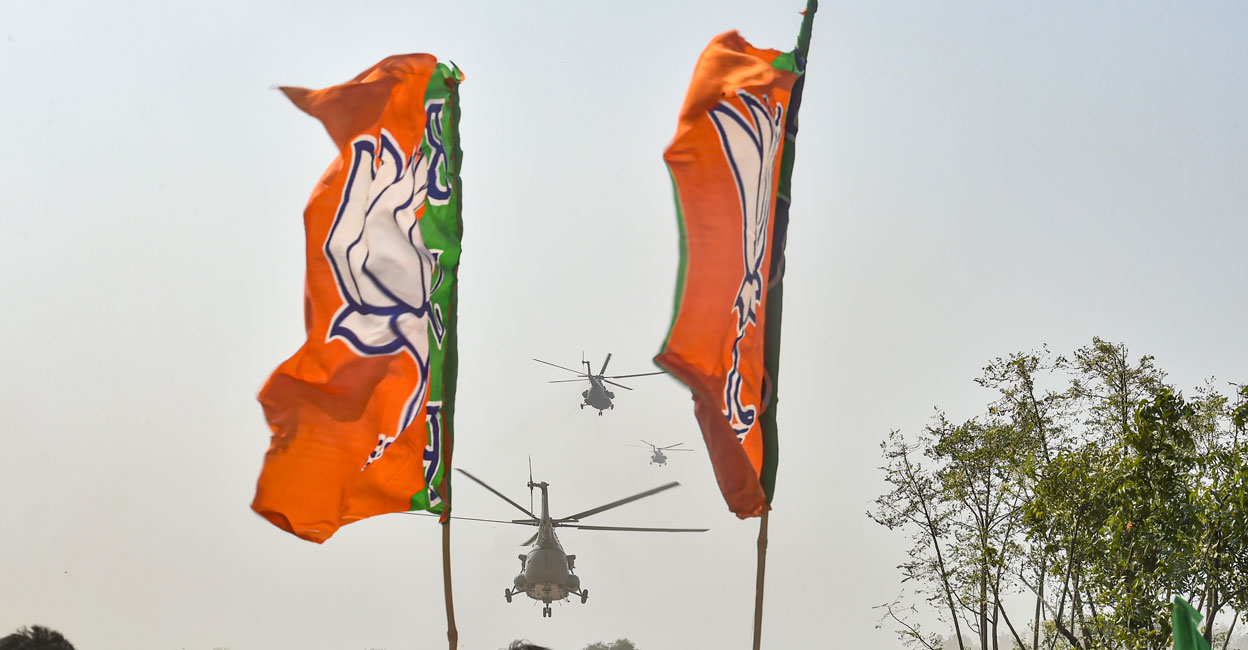 New Delhi: Polling for 57 Rajya Sabha seats will be held on June 10, while Telangana and Odisha by-polls for one seat each will be held on May 30 and June 13, respectively, taking a total of 59 elections to 15. states next month.

Out of 59, the Bharatiya Janata Party (BJP) currently holds 25 seats, while its ally Janata Dal-United has two and AIADMK three. After adding one independent, the National Democratic Alliance (NDA) currently holds 31 out of 59 seats. It will be very challenging for the NDA to retain these 31 seats as according to the assembly’s calculations, there may be a loss of 7-9 seats this time. ,

On the other hand, the number of United Progressive Alliance (UPA) may reach 13 – Congress (8), DMK (3), and Shiv Sena, and Nationalist Congress Party (one each). So it is obvious that UPA can get the benefit of 2-4 seats this time.

As far as other parties are concerned, at present Samajwadi Party has three, Biju Janata Dal four, Bahujan Samaj Party two and Telangana Rashtra Samithi three while YSR Congress, Akali Dal and Rashtriya Janata Dal have one each. is one. Out of these 15, this time they can choose three more.

Voting will be held in Uttar Pradesh on 11th. Congress and BSP will suffer after the defeat in the recent assembly elections. At present, BSP has two seats and Congress has one seat, but this time BJP can capture two of these three.

With these two seats, the BJP can send seven members to the Rajya Sabha while the SP can retain three. Both BJP and SP will try their best to win the remaining seat, but due to its aggressive strategy, BJP can capture it.

Voting is to be held in six seats in Maharashtra. Of these, the BJP has three while the ruling Shiv Sena, NCP and Congress alliance has one each. Number wise, if the BJP contests the elections united and takes some independent MLAs along, it could lose one to the ruling coalition.

DMK and AIADMK have three seats each in the six seats going to polls in Tamil Nadu, but this time the ruling DMK may opt for an additional seat due to better numbers, taking its tally to four.

A state in Eastern India

According to the figures, NDA is going to lose one seat in Bihar. Like before, this time also the BJP can comfortably send two members to the Rajya Sabha, while its ally JD-U can win only one seat with fewer MLAs. The RJD is set to clinch one more win this time to clinch two.

Voting is to be held in four seats in Andhra Pradesh. In a major setback, the BJP, which has three, may lose to the ruling YSRCP due to its thumping majority.

In Karnataka, where there are four seats to grab, the BJP can send two to the Rajya Sabha while the Congress can comfortably manage one seat. But neither the BJP, nor the Congress or the Janata Dal-Secular have enough numbers for the fourth seat, so it remains to be seen who emerges victorious.

BJP is in possession of all four seats in Rajasthan, but this time it may have to lose three of these seats. On the basis of the number of MLAs, BJP can win one seat, two for the ruling Congress, but with the help of independent candidates can also win the third seat.

In Madhya Pradesh this time also there will be neither loss nor profit situation for both Congress and BJP, that is, BJP will win two and Congress will win one.

The ruling TRS in Telangana is likely to retain all the two seats and win the bypolls.

In Chhattisgarh, the tenure of a member of BJP and Congress is coming to an end and the ruling Congress is hoping to win both the seats.

In Punjab, the tenure of both Congress and Akali Dal MPs is coming to an end and the Aam Aadmi Party is likely to win both with a thumping majority.

In Jharkhand, where voting is to be held in two seats, the results can be shocking. At present, both the seats are occupied by the BJP, but according to the current situation, the ruling JMM-Congress-RJD alliance and the BJP can win one seat each.

Of the two seats in Haryana, BJP and Congress are likely to win one seat each. The ruling BJP has to win the only seat in Uttarakhand.

However, the BJP will try to leave no stone unturned to increase its numbers in the upper house, as it will also have a direct impact on the presidential and vice-presidential elections that are due in the coming months.

Antarctic agriculture has been helping scientists grow food in space for...

Jaishankar meets US and Japanese counterparts in Tokyo; Discusses regional,...