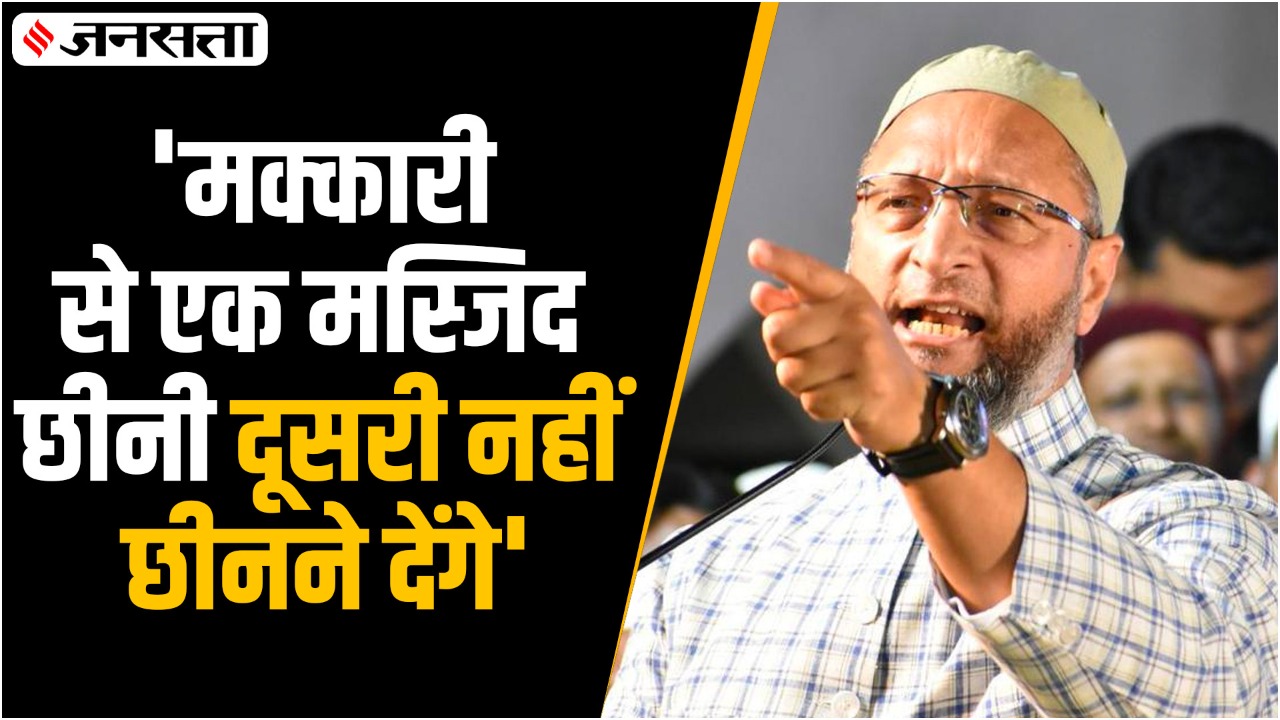 Whenever Bill Gates appears on any channel, the fear of a new wave of Corona starts haunting. One evening Bill Gates praises India’s ‘Corona Fight’ on an English channel. He gives India number eight out of ten in ‘Corona Fight’ and walks away promoting his new book ‘How to Prevent Next Pandemic’. The anchor is blessed and then starts putting two kicks on the ‘lobby’ that now what will the ‘lobby’ say about ‘corona deaths’?

Then one day when the Shaheen Bagh mob opposes the bulldozer, he secretly returns and the bulldozer’s status is over. Who should explain to MCD that ‘Ati sarvatra varjayet!’ But the next day four big news starts to shake the audience: the demand for a survey of Gyanvapi in Kashi, the demand for a survey of the mosque in Mathura, the demand to open the locks of the twenty-two rooms of the Taj Mahal and the recitation of Hanuman Chalisa in front of the Qutub Minar in Delhi. Demands to change its name to Vishnu Stambh… and to change the name of Akbar Road, Tughlaq Road, Aurangzeb Road…

Then one day the court rejects the demand for ‘opening the locks of the twenty-two rooms of the Taj Mahal’ and sternly persuades the petitioner not to misuse the PIL…. Something educated about the Taj Mahal… Tomorrow someone will ask to open the locks of the judges’ chambers… In this sequence, the court asked the Mathura court to settle all the cases related to the ‘Krishna Janmabhoomi dispute’ within four months and then the state court put the controversy to rest by ordering the blocked video survey of Gyanvapi to be completed by April 17th.

But immediately a new kind of hi hi seemed to begin! In response to the survey order, Owaisi of AIMIM spoke angrily on a channel, which was played repeatedly by one channel: ‘The way the Babri Masjid was snatched, now the same thing is going to happen again. I have lost one mosque, am not ready for another… The court will have to give its verdict by putting the law before it. You are disobeying the law. This court order is wrong. Will go to the Supreme Court, will tell that the law is being violated…’

And take, on Friday morning, the lawyers of Gyanvapi Masjid go to the Supreme Court to stop the order of the survey, but it does not stop the survey. What is there in Gyanvapi, which some people want to hide, this question still remains unanswered.

Then one day the government tells the Supreme Court that it itself wants to reform the ‘sedition law’. Needs time… The court doesn’t set aside the law and gives the government time to amend it. The lobby, which was happy at the government’s slackness, is now seen crying.

These days there is a fight on every issue: first on the street, then on TV, then in the court. There is a bump on an inch.
In TV debates, many speaker-spokesmen nowadays use threatening language and if the anchor silences them, then they start hitting the anchor itself. Sometimes the anchors have to show them the door outside.

The biggest raga of this week was ‘phobia raga’: One anchor explained ‘Islam se darr’ (Islamophobia) and two English anchors told about ‘Hindu se darr’ (Hindu phobia). The example became the brutal murder of resettled Kashmiri Pandit Rahul Bhat in Budgam, Kashmir.
Asked him, ‘What is your name’ and as soon as he said, ‘Rahul Bhat’, shot him from close range! It was ‘targeted murder’! Behind this is ‘Hindu Phobia’ and open declaration of terrorists to clean Hindus from Kashmir. On Friday, a channel reported that Omar Abdullah condemned the killing. Come on, come on late, come on.

But now when someone is killed, someone’s cry does not make anyone cry! Fearing the fears of others, everyone tries to scare others. This is an open exchange of fear with fear! Till now the bullet was fired, now only the bullet is spoken.

In a debate a Hindu leader says Ayodhya, Mathura, Kashi – take three, leave the rest! In the same debate, a panelist says, why only three, they have broken forty four thousand temples, only forty four thousand are wanted back… But as soon as the temple-mosque rage breaks out, all the temples start doing mosques. A crusade is on!

Zomato shares up 19% after Q4 results