Justice UU Lalit will be the 49th CJI of the Supreme Court, replacing NV Ramanna 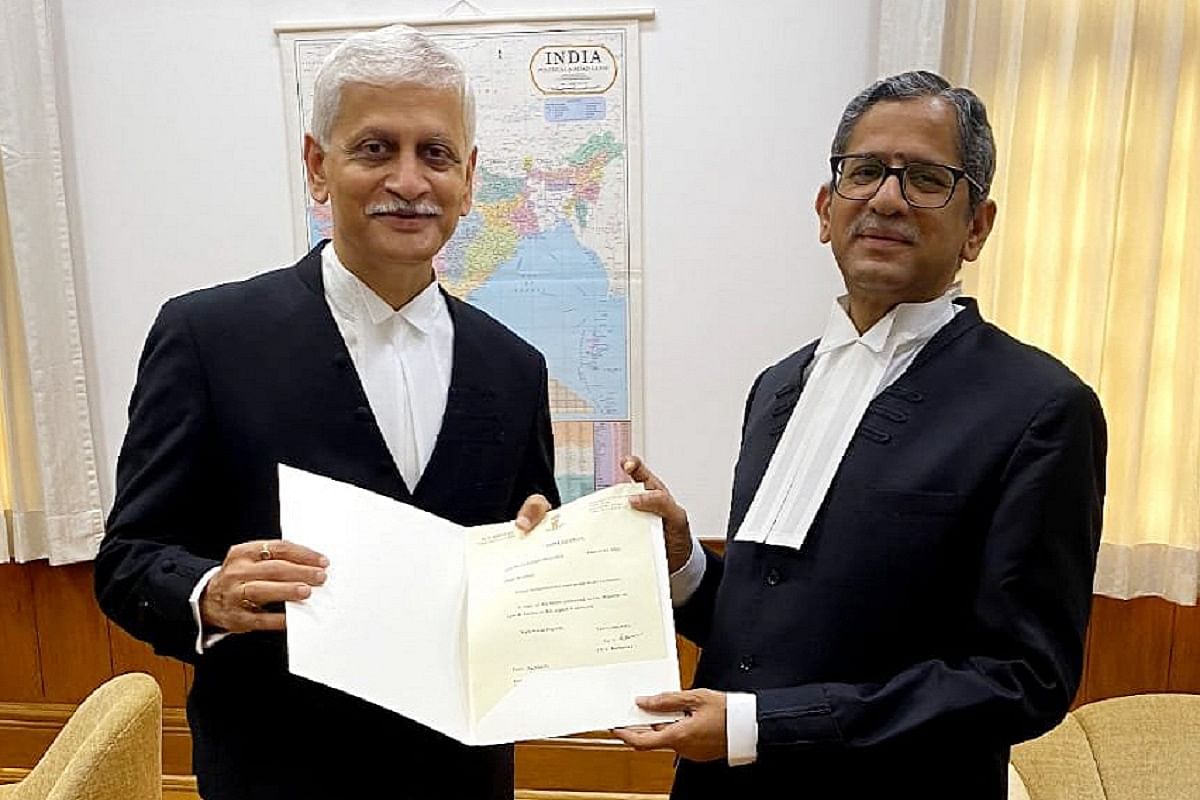 New Delhi: On August 27, after the retirement of Chief Justice NV Ramanna, Justice UU Lalit will be the next Chief Justice of the country. NV Ramanna has sent a recommendation of his name to the government.

Justice UU Lalit was appointed as a judge in the Supreme Court on August 13, 2014 and will become the 49th Chief Justice on August 27, 2022, after the retirement of the current Chief Justice NV Ramanna.

One Report However, UU Lalit’s tenure will be only for 73 days, he will remain in office till November 8, 2022. Because the retirement age of the Chief Justice of the Supreme Court is only 65 years.

Justice Lalit, born in 1957, started his practice in the Bombay High Court in 1983 and practiced there till December 1985.

Between 1986 and 1992, he worked with former Solicitor General Soli Sorabji. After that in April 2004, he became a senior advocate in the Supreme Court.

He was made Special Public Prosecutor by the Supreme Court to help the CBI in the trial of the famous 2G scam.

Justice Lalit is considered an expert in criminal law. He was also the executive chairman of the National Legal Services Authority (NALSA).

separated from the hearing of these cases

Justice UU Lalit recused himself from hearing several cases and cited the reason for this as ‘conflict of interest’.

‘Conflict of interest’ for a judge means any pre-relationship or concern with one party to the case.

The cases from which Justice Lalit recused himself are the Ayodhya dispute, the Mumbai blasts case, the review petition of Yakub Menon, who was sentenced to death, the petition of former Haryana Chief Minister Om Prakash Chautala related to the teacher recruitment scam.

Major decisions given while being a judge

During the hearing on the legality of triple talaq, he had rejected it and said that this practice is a violation of the fundamental right given under Article 14 of the Constitution.

Justice Lalit took several measures to ensure that the 1989 law preventing the oppression of scheduled castes and tribes is not misused. In the Kashinath Mahajan vs Maharashtra case, together with Justice Adarsh ​​Goel, he made arrangements for the process of investigation before the FIR in this case.

Before the arrest in any case, the order of sanction was given to the investigating officer. And arranged for grant of anticipatory bail in such cases.

In Ranjana Kumari vs Government of Uttarakhand case, together with former CJI Ranjan Gogoi and Justice Kurian Joseph, he said that a person coming from another state cannot be treated as an SC in the new state just because he is an SC in the earlier state. But it was recognized.

On the other hand, in the Pradyuman Bisht case, along with Justice Adarsh ​​Goel, he was directed to install CCTV cameras without any audio recording inside the courts of two districts of each state and at important places of the court premises.

However, according to his order, these recordings cannot be demanded under the Right to Information Act.

Justice Lalit removed the mandatory waiting period of 6 months for divorce by mutual consent under Section 13B2 of the Hindu Marriage Act. In the Amardeep Singh vs Harveen Kaur case, it was decided that in many cases this period of six months can be abolished.

Justice Lalit had sentenced fugitive liquor baron Vijay Mallya to four months in jail and a fine of Rs 2,000 in a contempt of court case.

In the hearing held last month, Justice Lalit said that if children can go to school at 7 am, then why can’t judges and lawyers start work at 9 am.

Also read: How the West Bengal cabinet reshuffle is an attempt by Mamata Banerjee to change the image of the government

Justice UU Lalit will be the 49th CJI of the Supreme Court, replacing NV Ramanna

FIFA World Cup 2022 Qatar date changed due to THIS reason,...

Rajasthan’s son was martyred on the day of Rakshabandhan in Pargal...

Laxman Jhula put on the drain of Kachpura station | ...