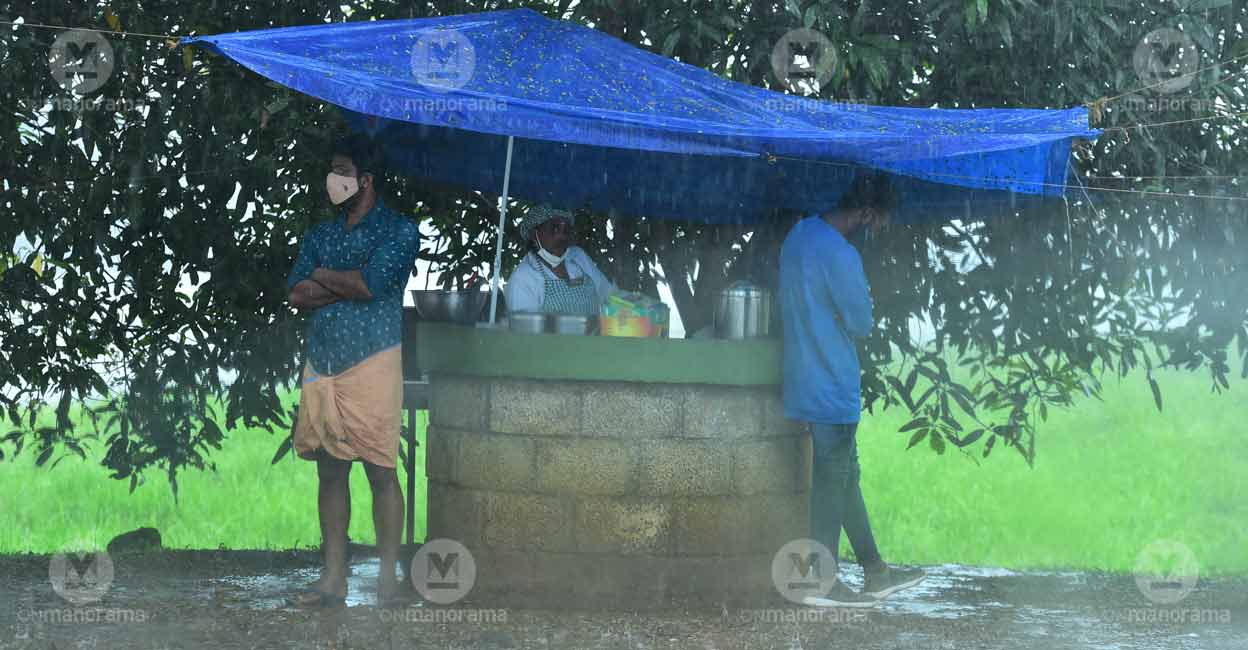 Thiruvananthapuram: The India Meteorological Department (IMD) has issued a warning of heavy rain in six districts of Kerala on Sunday. The state police force has been put on high alert.

An orange alert indicating heavy to very heavy rainfall between 115.6 mm and 204.4 mm has been issued for Kollam, Pathanamthitta, Alappuzha, Ernakulam and Idukki.

Thiruvananthapuram will remain on orange alert on Tuesday, apart from six other districts.

Kerala Chief Secretary VP Joy had called an emergency meeting of all concerned departments to take stock of the state’s disaster management preparedness and issued instructions to open relief camps if needed.


In the meeting, he directed the district collectors to install an alarm system to alert the people in case of any emergency.

Government sources said a control room has already been set up in the state to deal with the emergency. In the meeting, the collectors were also directed to shift people from the flood affected areas.

Fishermen have been advised not to venture into the sea till May 16.

The IMD had earlier predicted that the Southwest Monsoon, also known as Edavapati in the state, is likely to make its first rainfall in Kerala by May 27, five days before the normal onset date.

The meteorologist has also issued a yellow alert for Malappuram, Kozhikode and Wayanad districts these days.


Idukki District Collector said that in view of the red and orange alert in the hilly district, trekking has been banned, but tourists can visit these places.

As it was raining in the southern part of the state for the past few days, the district administration has issued a warning to the people living in low-lying areas, river banks and hilly areas to remain alert.

Kerala Police swung into action
State Police Chief Anil Kant has asked the district heads of the force to be on high alert in view of the rain situation in the state.

ADGP K Padmakumar has been designated as the nodal officer for the deployment of personnel, while ADGP Vijay Sakhare will be in charge of the disaster management efforts.


DGP Kant has asked to pay special attention to coastal areas and areas prone to landslides.

Coastal police stations have been directed to keep additional security boats and other facilities operational. The Police Telecom SP has been assigned the task of ensuring uninterrupted connectivity during the rescue efforts, if required.