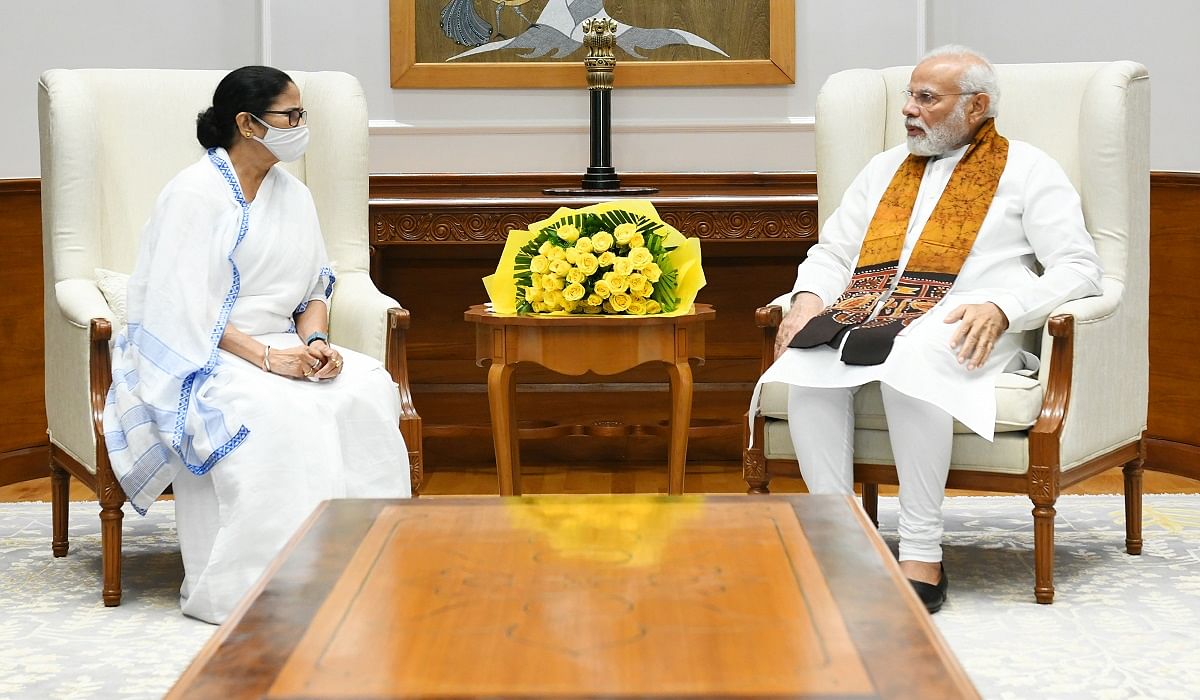 Sources said Mamata Banerjee is likely to discuss issues related to the state, including GST dues, with the prime minister. The Chief Minister, who arrived here on Thursday during her four-day visit to Delhi, is also scheduled to meet President Draupadi Murmu.

The Chief Minister of West Bengal is also likely to attend the Governing Council meeting of NITI Aayog on August 7 which will be chaired by the Prime Minister. She did not attend the meeting last year.

Banerjee, who is also the Trinamool Congress supremo, met her party MPs on Thursday and discussed the party’s strategy and the 2024 Lok Sabha elections during the monsoon session of Parliament.

All India Trinamool Congress had said in a tweet, ‘Our President @MamataOfficial held a meeting with all MPs in Delhi. The current Parliament session, the road to 2024 and various issues were discussed, outlining a number of activities and initiatives for the coming days. We are always committed to serve the people.

Mamata Banerjee’s meetings assume significance ahead of the vice-presidential election to be held on 6 August. The National Democratic Alliance (NDA) has announced Jagdeep Dhankhar as its Vice Presidential candidate, while Margaret Alva is the candidate of the opposition parties.

astrology: People of these 3 zodiac signs are called overthinkers |...

India celebration of 76th Independence Day – Ask this question whether...

PM Modi gave a mantra from the ramparts of Red Fort

Pakistan is still fighting the war of independence, the story is...

On This Day, Year 2020: MS Dhoni Announced Retirement From International...

Listen Sarkar: If there is no way then how to do...

Know about the addresses of their longest, shortest Red Fort

Independence Day 2022: 5 Power-Packed Bollywood Movies That Will Make You Feel Proud To Be An Indian

Termites and corruption like nepotism have harmed India: Modi

Google is inviting users to test out new designs in the Home app through the Google Nest Trusted Tester Program.

US lawmakers arrive in Taiwan as tensions rise in China