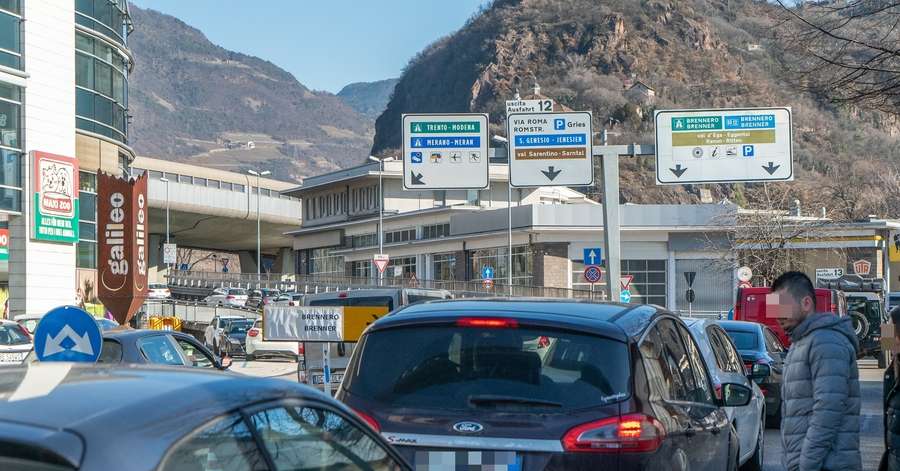 BOLZANO. Railway tunnel and road tunnel will not jostle among the Virgolo rocks. «They will enter at least 30 meters from each other – announces Ivan Moroder – and they can also be excavated together». The engineer responsible for the municipal infrastructure has already started working with Rfi (Italian railway network) in order not to step on his toes in what will be the most demanding double underground construction site in recent Bolzano history.

Two “pipes” for the tunnel that will double the existing Virgolo one, three tracks for the excavation that will make the line for Merano independent from that for Verona, thus projecting the MeBo tracks towards an urban surface subway destination with runs every 15 minutes.

Times? “All this year the railways have asked for it – he adds – to prepare the means and the construction site, the next will start with the works”. We hope that happens.

The road tunnel instead? «By calculating the times for the executive project and the announcement of assignment, we will go in 2025. But then we will go fast: let’s imagine that we can complete the excavation of the almost 700 meters in a year. In two it will close. But I say this as a technician. On other levels there are the politicians », the technician replied.

This means that Bolzano, which has been waiting for a long time, could have the desired doubling in 2027. But now, once the tunnels have been made, it will be necessary to remove the funnels. Which are not few. Two lanes to the north (the old Virgolo tunnel) and two to the south (the planned one) mean, realistically, that the fast race of the cars will end, on the north side in the narrow streets of the state road and on the south side, in the gymkana of the Arginale.

“We are working with the commissioner Stefano Fattor on various hypotheses of enlargement in the critical points – explains Renzo Caramaschi – but also a doubling of the Arginale is a bit more complicated …”.

Enlargements means expropriations and expropriations mean long times and administrative conflicts. On the other side there is the hitch of the state road that will tighten the flows from two to one lane. But in the Municipality they count on the distribution of traffic in front of the Virgolo bridge, with the most important flows usually heading towards the city. “To enter the new gallery, however, no problem, since the entrance is planned in via Pie ‘di Virgolo”, comments Moroder.

But towards the Zone? «We rely heavily on the underpass of the Rome bridge…». And here a new agenda opens up. The underpass will in turn forks, welcoming on the one hand the traffic from the renewed via Grandi which will become an alternative to via Galilei and on the other hand entering the cars into the Arginale.

And here too it will be necessary to hope that the hoped-for enlargement has already been prepared, otherwise the knots of failure to double will come to a head much more than now. However, the underpass will be another construction site that will rain on a quadrant already clogged by excavations under the hill, just a stone’s throw away.

What schedule for these jobs? «The underpass is being designed. Time one year to call the tender – they reveal in the Municipality – and in 2024 the works will be able to begin ». Doing the math: next year the railway yard under the Virgolo, the next year, in 2024, the excavations for overtaking, 12 months later, in 2025 those for the doubling of the road tunnel. These will be difficult times for traffic, provided that they are respected given the delays that have been accumulating for years. Arginal or not. P.CA.