Sehwag said on ‘dishonesty’ in CWG – will soon become a superpower in hockey too, for supporting India’s women’s team, got insulted by Muslim name 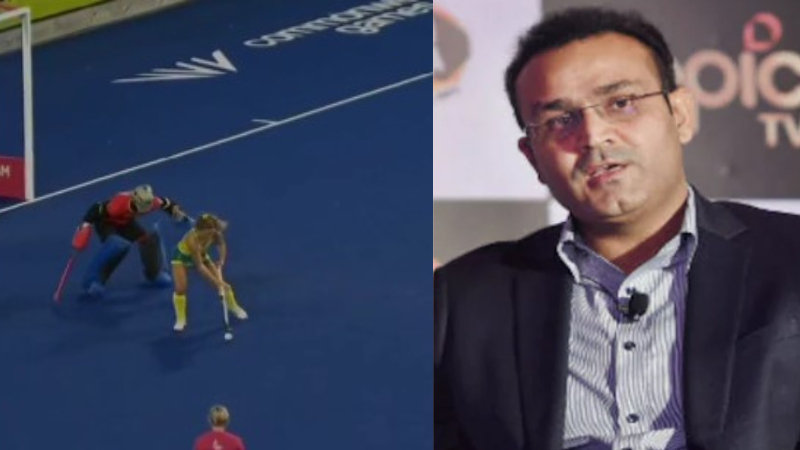 Australia had a semi-final match with the Indian women’s hockey team yesterday at the ongoing Commonwealth Games in Birmingham. In this match, the game reached a penalty shootout when both the teams scored equal goals. But in this phase, as soon as India blocked Australia’s first goal, the umpire committed a foul with India.

In the video of the game, it can be seen that despite the goal being clearly stopped, the umpire came to India and said that the clock had not even started. The Indian coach also debated this point. But to no avail. The effect of this deception on the team was such that they could neither stop nor score the next three goals. In this way penalty shootout on Indian team Lost 3-0.

Sehwag told that there was such discrimination in cricket too

Seeing the injustice done to the Indian women’s team in the Commonwealth Games, many Indians were furious. In this sequence, former cricketer Virendra Sehwag also vented his anger, He told that this used to happen in cricket also.

Sehwag tweeted, “Penalty missed from Australia, and umpire says sorry clock didn’t start. This kind of discrimination used to happen in cricket as well, till we became superpowers. In hockey also we will form soon and then all the clocks will start on time, I am proud of my girls.

Penalty miss hua Australia se and the Umpire says, Sorry Clock start nahi hua. Such biasedness used to happen in cricket as well earlier till we became a superpower, hockey mein bhi hum jald banenge and all clocks will start on time. Proud of our girlspic.twitter.com/mqxJfX0RDq

Radicals furious after reading the word superpower for India

Many Indians agreed on this tweet of Sehwag. But the Pakistanis and fundamentalists who made fun of every achievement related to the country of India did not deter even here.

A user named Khan writes, “What a superpower. Every time in a knockout, someone gets killed. One trophy is not brought in 10 years and superpowers are created in the name of Paytm trophy.

Sehwag said on ‘dishonesty’ in CWG – will soon become a superpower in hockey too, for supporting India’s women’s team, got insulted by Muslim name