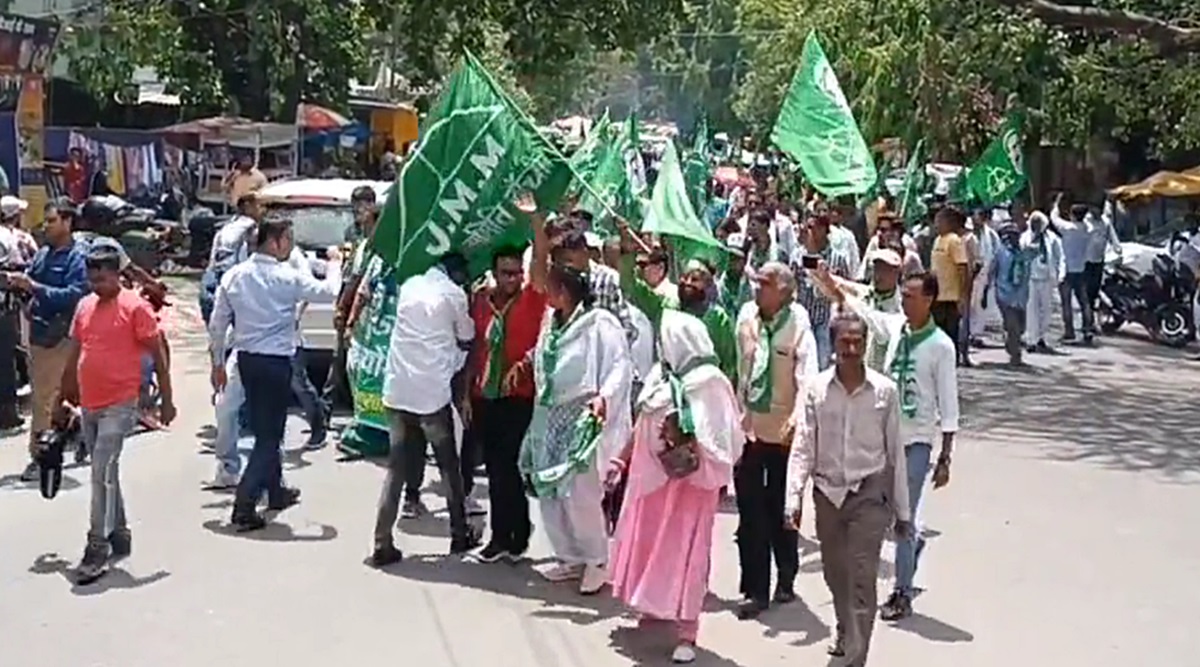 With the change of power in the states, the public institutions also start showing governmental color. Somewhere sooner and sometime later such activities keep happening. When BJP government came in UP, the effect of saffron color was visible. Blue color prevailed in Mayawati government, while red-green had shown their effect in Samajwadi Party government. Now it’s Jharkhand’s turn. Here the government of CM Hemant Soren has ordered that the schools in the state should be painted in the color of the party’s flag. There is a change in the shades of shades from pink to green and white. On the orders of the government, the buildings of 35,000 government schools in the state are being painted in the colors of the Jharkhand Mukti Morcha flag. This order has sparked controversy. The BJP alleges that it is “politicizing schools”. Whereas Jharkhand Education Minister Jagarnath Mahto called it the choice of the people. He said that every person likes color, so this is being done.

In a letter dated May 13, the Jharkhand Education Project Council (JEPC), which comes under the state’s education department, ordered a change in the color of school buildings and said that the toilets should be made of coconut, goose or angora white and frosted green or Henna should be painted green. Doors and windows have to be painted dark green. Presently the toilets are painted in blue colour.

A government source said, “The idea started with the construction of 400 model schools at present in different districts of Jharkhand. It was decided to paint these schools with green and white colours. Then it was decided to paint all 35,000 schools with the same colour. A huge expenditure of crores will be made, which amounts to ignoring the state’s focus on key education priorities.”

At present, there are 60,000 teacher posts vacant in the state, while less than 20 per cent of the schools have headmasters. The biggest challenge before the government is to assess and bridge the learning gap after the disruption caused by the Kovid-19 pandemic. Sources also said that the association of parents with the school management committees is also a big issue.

An official of the education department, who works to change the colors of the schools, said, “This is nothing more than polishing government buildings. This is a unilateral decision taken by Minister Jagarnath Mahato himself to fill the eyes of the people.

The minister told The Indian Express, “Everybody likes green. where is the problem? We will solve the matter by talking. Change the color again and again… If BJP has any problem with the colour, if they have some green color in their flag, then they should also remove it.”

Mahto also announced that the school curriculum will have chapters on “heroes of the Jharkhand movement” like JMM co-founder Shibu Soren and Binod Bihari Mahto.