The central government will neither conduct the caste census nor allow the states to do the census. 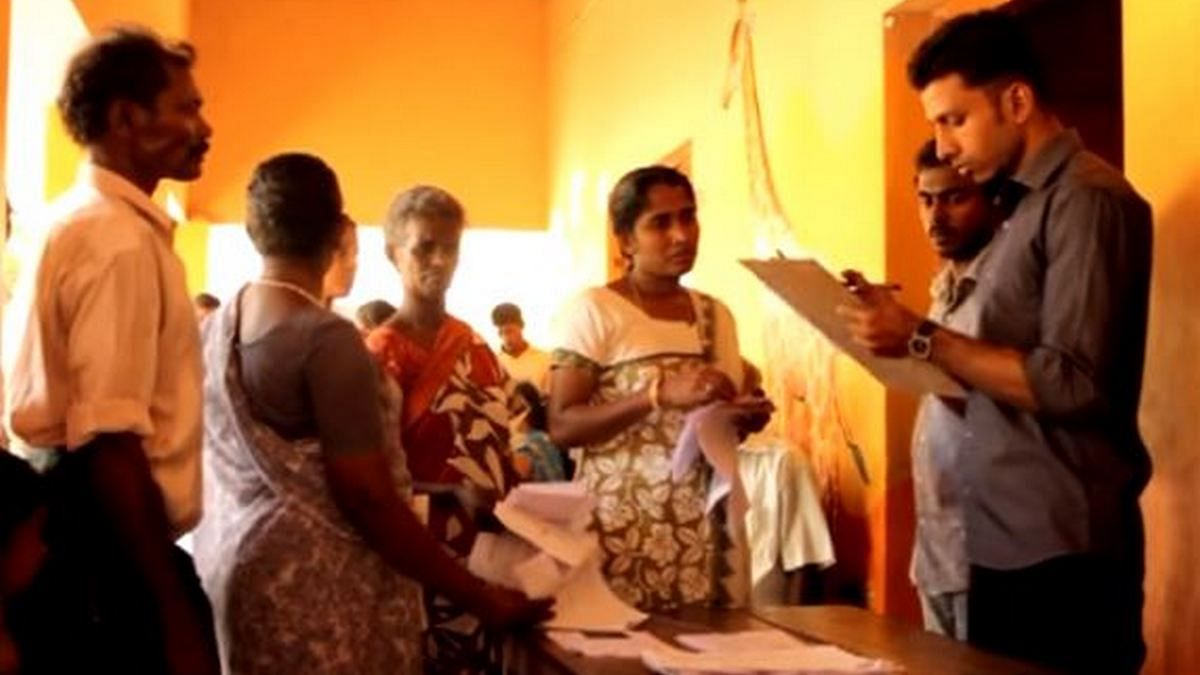 The issue of census is badly entangled. Central Government to Parliament Information Provided that the subject of the census will remain in the jurisdiction of the Central Government and it has no intention of putting it in the Concurrent List of the Constitution. Both the Center and the states have the power to make laws on the subjects of the Concurrent List. Union Minister of State for Home Nityanand Rai gave this information in response to the question of DMK MP D. Ravikumar.

If you look at the current announcement of the central government with the three earlier decisions, then it will be possible to get an idea of ​​how complicated this matter has become.

, The central government has already said that due to Kovid, the 2021 census will not be held on time and there is no time limit for when this census will be held.

, The government has said that in the current census, apart from scheduled castes and tribes, the rest count of castes will not be done. That is, there will be no caste census.

, The government has also said that the caste data of the Socio-Economic and Caste Census-2011 not released will be done.

In fact, due to this stand of the central government, the state governments were conducting census and caste census at their level. Karnataka The previous government has done the caste census, although now the BJP government has come there and its report has not been released yet. Chhattisgarh The work of caste census is in progress. Maharashtra The Backward Classes Commission has conducted the Socio-Economic and Caste Census. A state in Eastern India Chief Minister Nitish Kumar has announced that the state government will ascertain the socio-economic status of the castes at its level. Odisha The assembly has also passed a resolution to count OBCs.

These governments were conducting caste census or survey because various provisions of reservation in these states were stuck in the courts. The courts are asking for caste figures, which are not yet available. The last figures of the caste census are from 1931.

The issue of OBC reservation in local body elections in Maharashtra got stuck in the Supreme Court as the Supreme Court has ordered that till the number of backward castes and their backwardness triple test Reservation cannot be given until it is certified through There itself Chhattisgarh When the government increased the reservation of OBCs from 14 percent to 27 percent, the anti-reservationists went to court. The court stayed the increased reservation by saying that there was no data. Similarly, there is a discussion going on to increase the reservation limit in Bihar, for which the government needs data. Odisha In order to implement OBC reservation also, the state government needs the data of castes.

The scheme of division of functions and powers between the state and the center in the constitution i.e. 7th Schedule Census work is in the central list. Apart from this in the list of the Centre, there are subjects like defence, foreign affairs, peace and war. Therefore, even if the state government does any counting work, then it will be called survey or data compilation, not census.

For this reason, DMK MP and Senior Advocate P Wilson had written a letter to the Prime Minister recently, demanding that the census should be removed from the central list and put in the concurrent list so that the state governments can also conduct the census. He wrote that it is necessary to do this for making a list of backward classes under Article 342A(3) and keeping the data at the local body level.

I have written a letter to Hon’ble PM @narendramodi seeking to shift Census from Union List to Concurrent List by bringing Constitutional Amendment and to break deadlock in implementation of #OBCreservation in Local bodies for last 30years & remedy the injustice done to #OBC ‘s. pic.twitter.com/t5gGPNRs3T

He also said that by giving powers to the state governments in this regard, the reservations of the states will be fact and data based and there will be no legal challenges regarding them.

Due to the census being done under this law, the whole process gets many protections. The office of the Census Commissioner can order government employees and teachers to be involved in the census work. This order is binding. Census employees have the right to go to any place, even by vehicle and ship, in connection with their work. They have legal protection for this work.

Due to the absence of all these legal protection to the population survey of the states, they will neither be able to work properly nor will they be able to collect the correct data. The Socio-Economic and Caste Census, which started in 2011 under the UPA regime and was completed under the NDA rule, was never done as per the Census Act, so this work was never done and there were a lot of mistakes in it.

Some serious problems will emerge in the coming days due to doubts about the legality of the central government keeping the jurisdiction of the census with itself and the efforts made by the states in this regard.

1. The constitutionality of giving reservation on economic basis (EWS) to the upper castes has been challenged in the Supreme Court. The matter will go to the Constitution Bench. It will not be easy for the central government to defend it due to the lack of figures of the upper caste poor. Data would be needed to prove the basis for giving 10 per cent reservation to this category.

2. The Central Government had constituted the Justice Rohini Commission to find out the beneficiaries of OBC reservation and the communities left behind in the OBC list. But the social and economic data Due to non-availability, Rohini Commission is not able to give its report, while it has been given extension of work tens of times. This commission has been asked to give its views on the distribution of OBC quota also.

5. The last and biggest problem is that due to lack of data, the government will not be able to work in a targeted way to remove backwardness.

The government should reconsider the decision to keep the census under the jurisdiction of the Center and not put it in the concurrent list.

(The author has previously been the Managing Editor of India Today Hindi magazine and has also written books on Media and Sociology. Views expressed are personal)

Also read: Sanjay Dutt and Karan Malhotra’s grief over Shamshera’s beating is right but the audience is not responsible for it

The central government will neither conduct the caste census nor allow the states to do the census.