The King of Holland scraps the golden carriage, symbol of slavery – Time 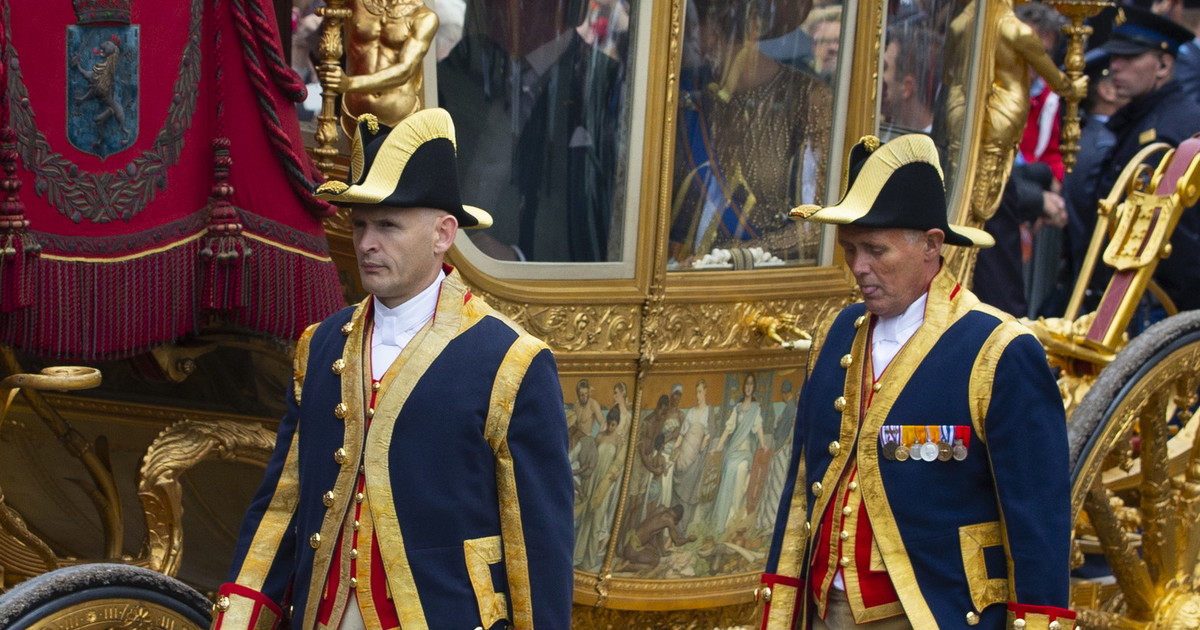 The King of Holland scraps the golden carriage, symbol of slavery – Time

The King of Holland says goodbye to the golden carriage, a means of locomotion that seems straight out of a nineteenth century novel. To allow the country to elaborate its colonial past, King Willem-Alexander decided to give up the historic golden carriage, the Golden Coach, depicting black men kneeling in front of white masters, at the center of a debate on racism and slavery.

The carriage, a gift from the city of Amsterdam to Princess Wilhelmina for her investiture in 1898, is in Dutch Renaissance style and in teak wood, much of which is covered with gold leaf. As early as 2011, two Dutch MPs proposed to remove the discord panel. Taking over from his mother Beatrix after her abdication in 2013, King Wilhem-Alexander is among the most informal and progressive European rulers: he never wore the crown and in 2021 he broke with the tradition of the day of the Koningsdag, the “King’s Day” , which on the day of his birthday – his is April 27 – foresees great celebrations in Amsterdam, organized above all by the Oranjecomitè, the orange committees. In the Netherlands as in other European countries, the recurring debate on the colonial past and slavery has returned to the center of society and politics in the context of the Black Lives Matter movement born in the United States, in the wake of the May 2020 killing of George Floyd in Minneapolis .

“The Gouden Koets can only be used again when the Netherlands are ready for it. This is currently not the case,” stressed King Willem-Alexander. It has actually been unused since 2015 and has stood still for 5 years for its complete restoration, which now sees the prized carriage on display in Amsterdam in an exhibition dedicated to the colonial pass of Holland. The controversial painting on the left side, entitled “Tribute from the colonies”, depicts black and Asian people, one of them kneeling, in the act of offering goods, such as cocoa and cane sugar, to a young white woman seated on a throne. symbolizing Holland. The painting also depicts a white boy handing a book to a black child, a scene that Dutch painter Nicolaas van der Waay defined in 1896 as “civilization”.

“We cannot rewrite the past. We can try to accept it together. This also applies to the colonial past,” King Willem-Alexander said in an official video message. “As long as there are people in the Netherlands who feel the pain of discrimination on a daily basis, the past will still cast its shadow over the present,” continued the 54-year-old sovereign. Hence the decision to leave the Gouden Koets parked until further notice, the name of the sumptuous royal carriage finely gilded in gold and drawn by horses, usually circulating through the streets of Amsterdam on the occasion of official ceremonies such as weddings, baptisms, to conduct the monarch in Parliament for his annual opening speech.

. The King of Holland scraps the golden carriage, symbol of slavery – Time

towards Cdm on Thursday, anti-price increases and refreshments on the table...

Guterres: It’s “shameful” for the unfair distribution of the global new...

Snow and bad weather in the USA, 80 million on weather...

Busto Arsizio, unvaccinated employees isolated in storage: “They must be reinstated”

Chongqing Railway Station is expected to send about 5.1 million passengers during the Spring Festival in 2022

After the RRR cut, “cut interest rates”, the first bowl of “spicy noodles” in the new year is coming

During the Spring Festival, some airports and railway stations can test nucleic acid for 24 hours – Teller Report