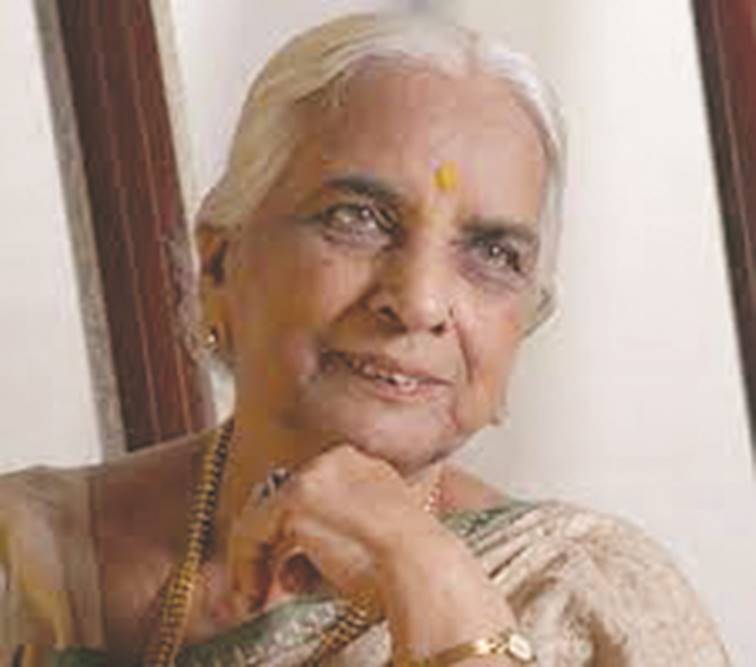 The song is a matter of meditation. One does not reach the top by learning it just for the sake of hobby and practice. The passion to do something different is essential. Classical singer Girija Devi made her way to the summit because she devoted her entire life to music. In an era when singing was not considered appropriate for the women of Sharif households, she rebelled and not only continued to practice music and participated in public performances of singing, but she also forged her own path. That path was Thumri. Thumri is a genre counted in the sub-classical category. Girija Devi gave him dignity.

Girija Devi was a famous Indian classical singer of the Senia and Banaras Gharanas. She used to sing classical and sub-classical music. He has contributed a lot in refining and popularizing Thumri singing. He was born, on 8 May 1929, in Varanasi. His father used to play harmonium. Girija Devi got her early education in music from her father. He later took lessons in khayal and tappa singing at the age of five from singer and sarangi player Sarju Prasad Mishra. He also acted in the film ‘Yaad Rahe’ at the age of nine and continued to study various styles of music under the guidance of his mentor Srichand Mishra.

Girija Devi made her public singing debut on All India Radio Allahabad in 1949. When she got married in 1946, her mother and grandmother strongly opposed her singing, as it was then believed that upper-class women should not perform singing in public. Then he agreed not to sing in concerts, but in 1951 he gave his first public concert in Bihar. She studied with Srichand Mishra till the early 1960s. Worked as a member of the music faculty of ITC Sangeet Research Academy in Kolkata in the 1980s and Banaras Hindu University in the 1990s and taught students how to preserve the musical heritage.

Girija Devi gave a new identity and prestige to the thumri of Purabi Anga. He also gave respect to semi-classical styles – Kajri, Chaiti and Hori. Along with all this, she also sang khayal, Indian folk music and tappa. The ‘New Grove’ Dictionary of Music and Musicians states that Girija Devi also combines her classical training in her singing style with semi-classical singing, regional features of Bihar and eastern Uttar Pradesh. Girija Devi was given the epithet Queen of Thumri by Mamta Bhargava, the founder of ‘Alankar Sangeet School’.

Girija Devi was bestowed with various awards, honors and decorations for her incomparable contribution to classical music. He was awarded Padma Vibhushan in 2016 and Padma Bhushan in 1989 in the field of arts. Apart from this, he has received many national and international honors like Sangeet Natak Akademi Award (1977), Sangeet Natak Akademi Fellowship (2010), Maha Sangeet Samman Award (2012), Sangeet Samman Award (Dover Lane Sangeet Sammelan), GIMA Award 2012 (Lifetime Achievement). was decorated with. He died in Kolkata on October 24, 2017 at the age of eighty-eight.