Under the leadership of Babulal Marandi, a tricolor yatra was taken out for the nectar festival of freedom. 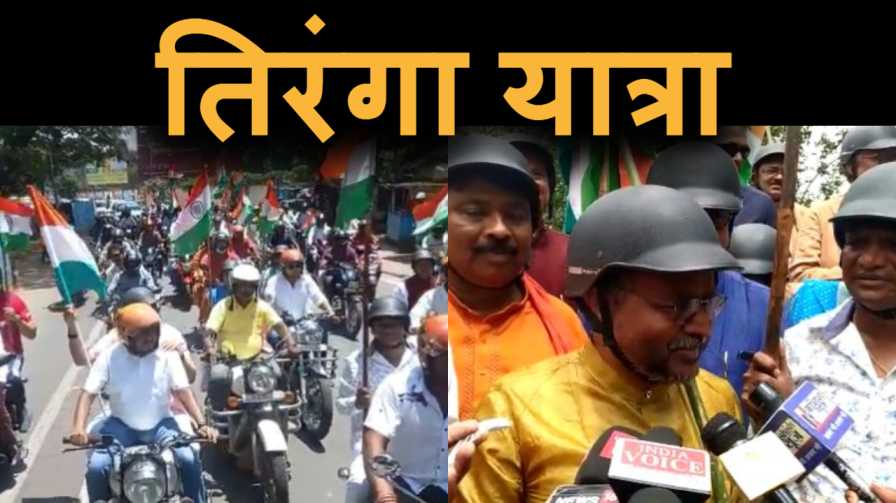 RANCHI: The Jharkhand unit of BJP also took out a tricolor yatra in the capital Ranchi for the nectar festival of freedom. Under the leadership of the party’s Legislature Party leader Bapu Lal Marandi, this yatra started from Bapu Vatika in Morhabadi and went to Birsa Munda Chowk via Kachari Chowk, Albert Ekka Chowk, Main Road Doranda.

Marandi and other party MLAs with tricolor in their hands first gathered at Bapu Vatika. After that, after paying homage to the statue of Mahatma Gandhi, all went on a two-wheeler ride for the tricolor journey. On this occasion, Marandi said that the people of the country should play their positive role in the elixir of freedom.

It is a matter of pride for us that on this occasion all the people of the country are celebrating this festival in their own way. He said that this feeling towards the country ties everyone in the thread of unity with each other. Along with this, he also appealed to the common people to put up flags on their homes.

Under the leadership of Babulal Marandi, a tricolor yatra was taken out for the nectar festival of freedom.