Will the dentist bring a smile to jittery leaders? 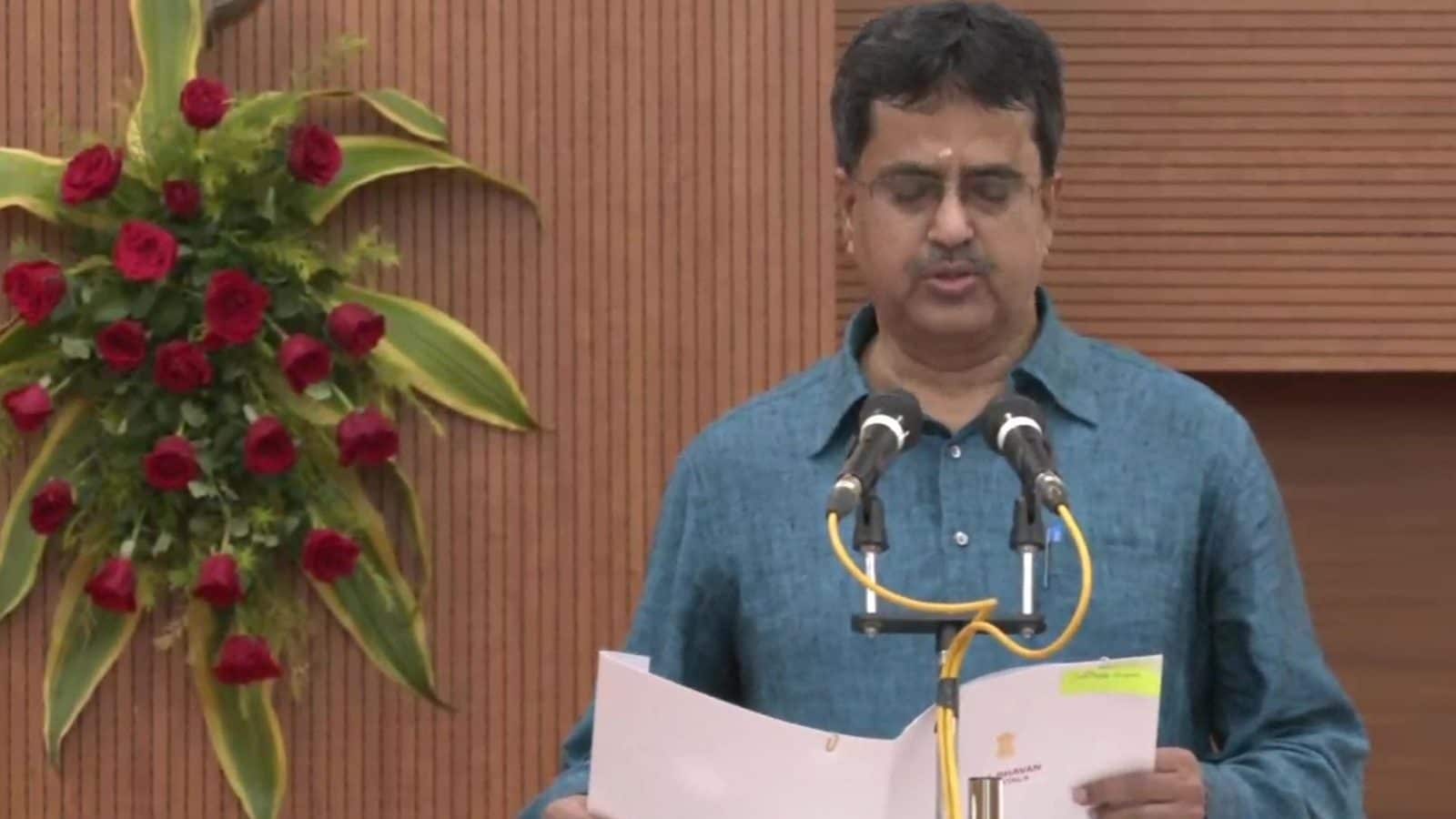 Will the dentist bring a smile to jittery leaders?

Manik Saha was sworn in as the Chief Minister of Tripura on Sunday, even as political discontent over the dentist’s selection for the top post kept its head in a highly-watched ceremony. Saha now replaces young Biplab Kumar Deb, who resigned on Saturday in what was seen by many here as a ‘brand renewal exercise’ by the BJP in this strategic, gateway state in the northeast.

“We will move ahead with the aim of development under the leadership of PM Modi and BJP. We will enhance law and order in the state along with resolving the issues of the people of Tripura. There is no political challenge for us,” Saha said after taking oath.

However, not everyone is happy with Saha’s selection. Deputy Chief Minister Jishnu Dev Varma on Sunday removed his designation from his Twitter account, hours before the swearing-in ceremony. According to sources, the leaders are unhappy with the developments in Tripura.

But he is not alone. When Deb announced Saha’s name after the BJP Legislature Party meeting, a dramatic scene was witnessed at the BJP headquarters in the state. Minister Ram Prasad Paul spoke out against the proposal, triggering a heated debate among the legislators. Before the problem could be solved, Paul even broke some of the chairs. A video of him thrashing the chair on the ground and shouting has surfaced. He can be heard shouting incessantly, “I will die (I will die).”

According to reports, Paul would have liked Jishnu Dev Varma, a member of the former royal family of Tripura, to be the next chief minister of the state. However, both Paul and Verma were present at the swearing-in ceremony on Sunday. But many Congress leaders and the entire Left remained absent during the swearing-in.

Reports said the move to replace Deb came after an analysis sent by the RSS to the BJP’s central leadership indicated that the party and the government needed a change. Sources told News18 that eleven new faces could join the Saha ministry, adding that Biplab could either be given the responsibility of party president or he could be sent to the Rajya Sabha.

‘A renewal exercise’ through Saha

Saha, a maxillofacial surgeon who passed out from King George’s Medical College in Lucknow, was a member of the opposition Congress before joining the BJP in 2016 and became the BJP’s Tripura unit president in 2020 after Deb stepped down. A former badminton player in the state, Saha is also the president of the Tripura Cricket Association.

However, his importance to the BJP stems from his clean image and his track record, which includes leading the BJP to victory in all thirteen municipal bodies in the elections held in Tripura in November 2021, when the TMC was in a turf war with the saffron party. Was engaged.

PTI quoted highly placed sources in the ruling party as saying that it was necessary to take this step to immediately strengthen the party when the organization was not in good shape ahead of the elections to the state assembly within the next 8-9 months. Party insiders said the situation was unfolding on the grassroots workers as a section of youth workers, called bike gangs, were indulging in high-karma, tarnishing the image of the party.

Senior leaders were repeatedly sending letters to the central leadership on this issue.

However, what really gave the party a nightmare was the sudden rise of the Tripura Indigenous Progressive Regional Alliance or TIPRA Motha, a regional political party led by royal descendant Pradyot Kishore Debbarma, a separate organization for the indigenous people of Tripura. The state was demanding. ,

The party won the Tripura Tribal Area Autonomous District Council (TTAADC) elections held in April last year, winning 18 out of 28 seats in a direct contest with the ruling BJP-IPFT alliance demanding a ‘Greater Tipperland’. The state’s demand could affect the results of many assembly seats, where tribals have considerable electoral clout.

TIPRA Motha had completely polarized state politics by demanding a separate tribal state and created tension in some mixed areas of the state, where tribals constitute one-third of the population. In addition, the tribal party has threatened to field candidates for at least 25 general seats out of a total of forty general seats. With tribals having a significant share of the votes in these seats, this would mean that Debbarma’s support could be the key to the next elections.

The BJP’s tribal ally, the Indigenous People’s Front of Tripura (IPFT), could not secure a single seat in the last tribal council elections and also recently faced a vertical split and was split under the leadership of two incumbent ministers. . Under these circumstances, the saffron party decided to strengthen its party organizationally and go for a change of leadership in its tribal wing, the Tribal Morcha.

Whether the amiable Saha will be able to tackle the miscellaneous issues left by his predecessor and lead the BJP to a clear victory or whether a rejuvenated Left with the support of the young Shahi party or the upcoming TMC will snatch a victory, is for certain. Which only time will tell.

With inputs from PTI

, Will the dentist bring a smile to jittery leaders?