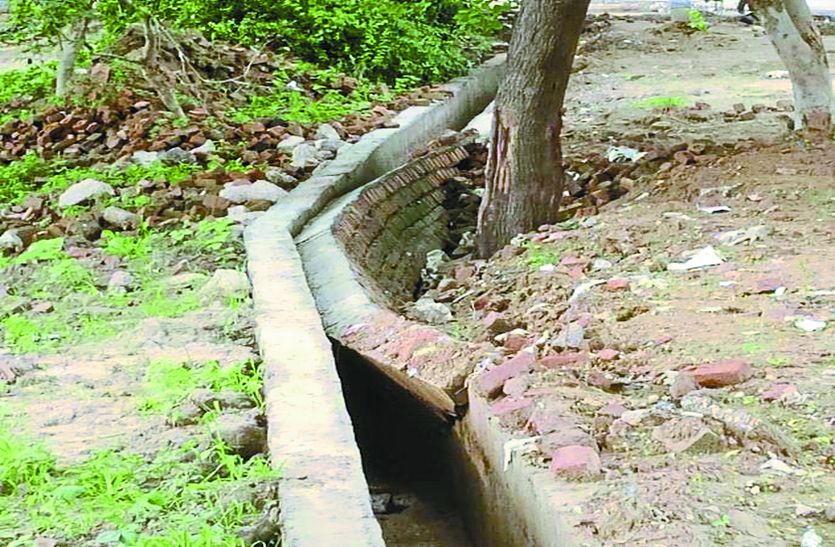 What is the matter The construction of the drain on behalf of the Rajkheda Municipality from the Public Works Department office to the Bajrang Bacheki Peeth temple at a cost of Rs 10 lakh has been completed just a few weeks ago. But due to poor construction, it collapsed on Friday evening without rain. Angry people told that they had been opposing its quality from the very beginning of construction, but no action was taken.
what are the reasons

When information about the reasons behind the collapse of this drain was taken from the engineers of the Public Works Department, they told on the condition of anonymity that no base of any kind was built for the drain. Also, after construction, the filling has not been done properly on either side of it. The biggest reason is that the quantity of cement at the time of construction also seems to be very less. Due to which it could not withstand the water pressure and collapsed. Whereas for the construction of the drain, the work should be done by technically skilled contractors.
accident happened before

Even 4 years ago, on the bypass road, the newly constructed drain of the municipality of great cost was completely demolished in these circumstances, but neither the reasons would have been investigated, nor action would have been taken against the guilty employees-officers. As a result, such accidents are happening continuously. Some contractors said that some councilors of the municipality and other big public representatives get their names allotted by political pressure in the name of contractors. The name of a big leader had also come up in the previous drain accident and in this accident also the name of a leader is coming to the fore in this work.
officials don’t pick up the phone

When he called Junior Engineer Dayal Baghel to know the side of the municipality in the matter, he switched off both the numbers. The head of the municipality did not even pick up the phone.
They say they will get the junior engineer checked on Monday, then they will tell. Ratan Singh Acting Executive Officer, Municipality, Rajkheda.