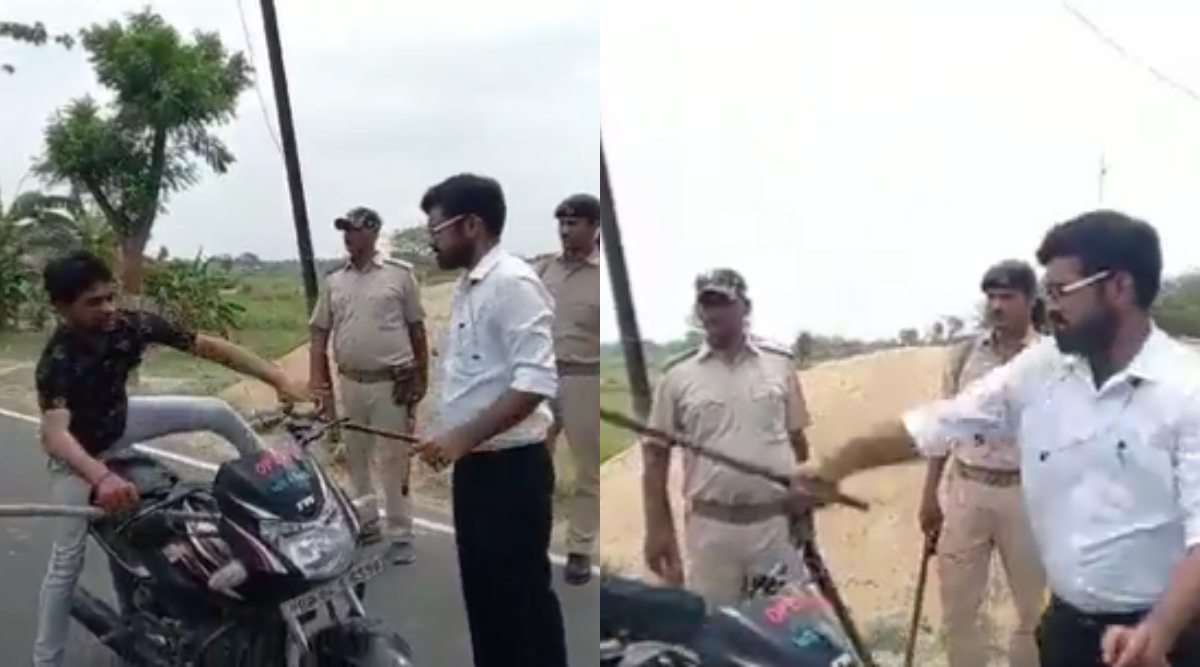 Nowadays, cases of harassment on common citizens by the administrative officers are coming to the fore from the state of Bihar. In this sequence, now a video of Chhapra’s Marhaura SDM is viral on social media, in which he is seen lashing out at a youth riding a bike with sticks. The matter was related to the bike driver not wearing a helmet.

According to the information received, the incident is of June 20 when many organizations took to the streets due to the bandh in Bihar. This bandh also got public support. In the viral video, a man, along with some policemen, can be seen wearing a white shirt and black pants, holding a stick in his hand.

Seeing the video, it is understood that the bike riders passing through the road are being questioned. Actually, it was the Taraiya area of ​​Chhapra, where Yogendra Kumar, SDM of Marhaura, also took to the road with the police force. During this, SDM Yogendra Kumar himself held a stick in his hands. In the same video, it is further seen that a sold-out rider is seen coming with his companion.

Some policemen stop this bike rider first and then ask him something. Then SDM Yogendra Kumar also proceeds with sticks and asks where are you going and where are the helmets. In such a situation, the youth riding bikes go away. At the same time, SDM Kumar showers sticks five times in five seconds on both the youths sitting on the bike.

When this video surfaced, the local media asked SDM Yogendra Kumar his side in this matter, but he refused to say anything. Let us tell you that earlier, during vehicle checking in Gopalganj, DSP Head Quarter Jyoti Kumari was seen slapping the bike rider and raining sticks. Apart from this, she was also seen slapping.

Violence against Muslims called for in protest against Udaipur massacre