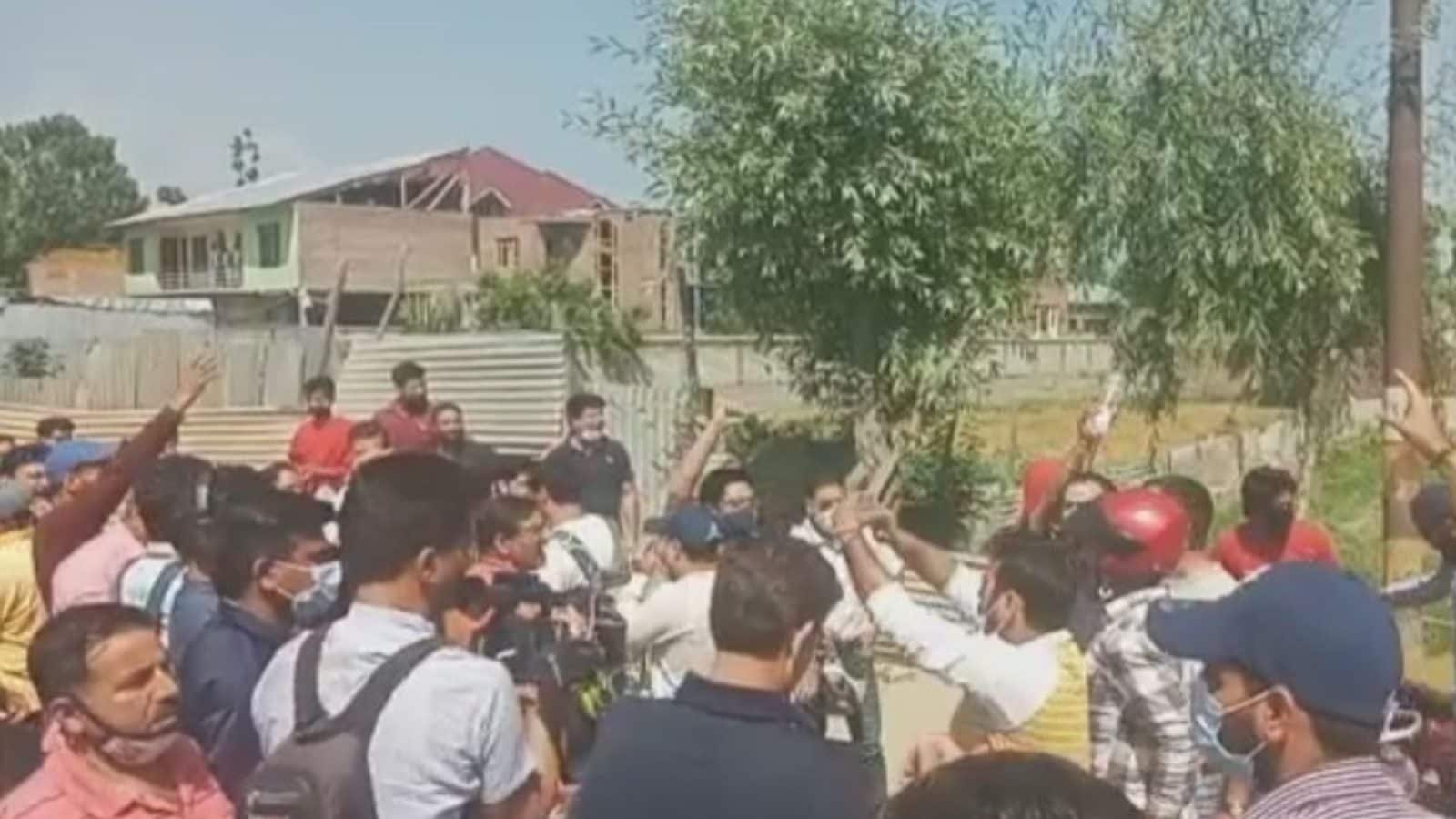 Jammu and Kashmir’s Lieutenant Governor Manoj Sinha on Sunday ordered an inquiry into the incident of tear gas shelling at a protest by Kashmiri Pandits on Sunday, May 13.

“Strict action will be taken against the officials involved in the action,” administrative sources said.

Police used tear gas against Pandits from Kashmir who were protesting the killing of a government employee, Rahul Bhat, by terrorists inside a government office.

Manoj Sinha said, “The murder of Rahul Bhat is targeted at one. The SIT will probe it from all angles as well as probing the use of force to disperse the Kashmiri migrant protesters after the incident. 2 foreign terrorists were killed. Instructions have been given to the administration not to use force anywhere.”

The government decided to give job to Bhat’s widow and provide financial help to the family.

Apart from the formation of SIT to investigate the murder of Bhat, the station in-charge (SHO) of Chadoora police station has also been removed.

Bhat was murdered on May 12 during office hours in Chadoora town.

, Order for inquiry into firing of tear gas shells on Kashmiri Pandit protesters